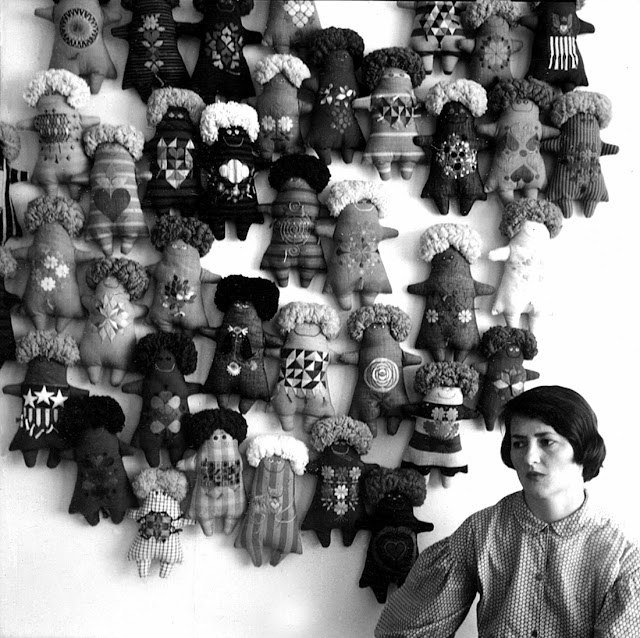 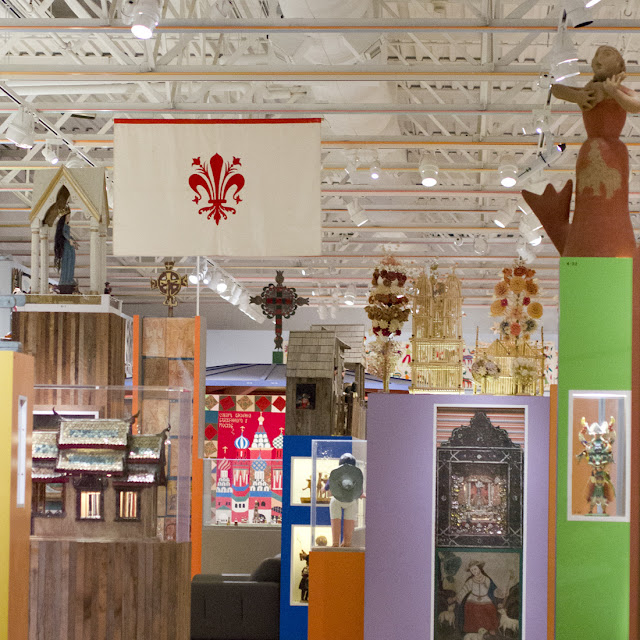 As I entered the Girard wing at the Museum of International Folk Art here in Santa Fe, I stopped abruptly and had to catch my breath, stunned at how much it "felt" and resembled the interior of the Neuhart house in Hermosa Beach, CA. It comes of no surprise of course, given that Alexander Girard and Marilyn Neuhart formed a creative partnership in 1961 when she created embroidered dolls for his Textiles & Objects shop in NYC. 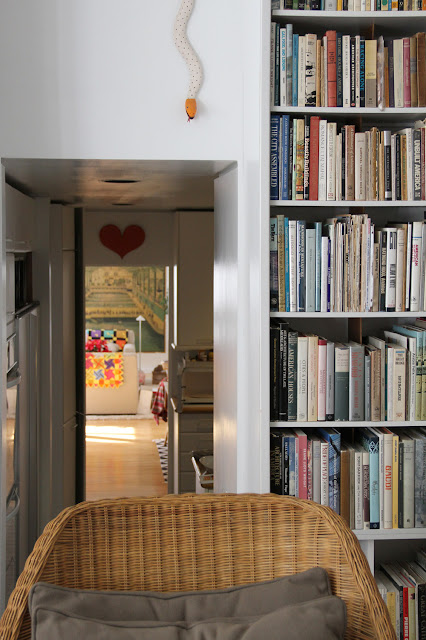 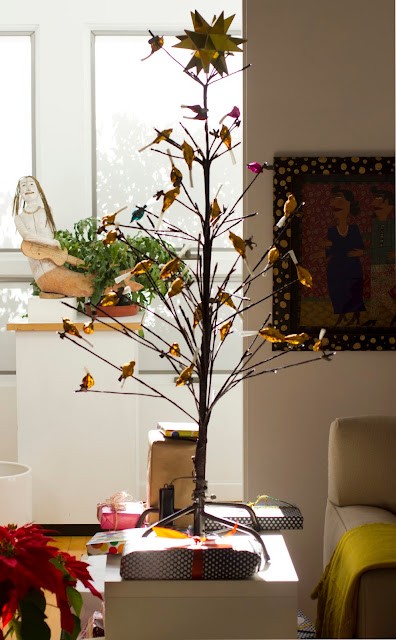 Although I had visited the museum and Girard wing in the 80's with Ben, Marilyn's son, the shock of the shared kindred spirit of these two designers was much more palatable, perhaps because of her recent departure from this earthy realm. 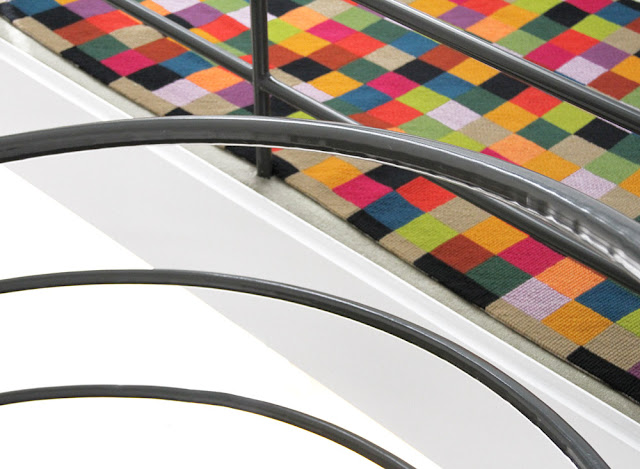 Marilyn was born on March 3, 1930, in Long Beach, California. Her birth date 03-30-30 seems extremely auspicious with all those three's and zeros. Three is the number of Venus and the Empress, it is associated with imagination, creativity and the artist. 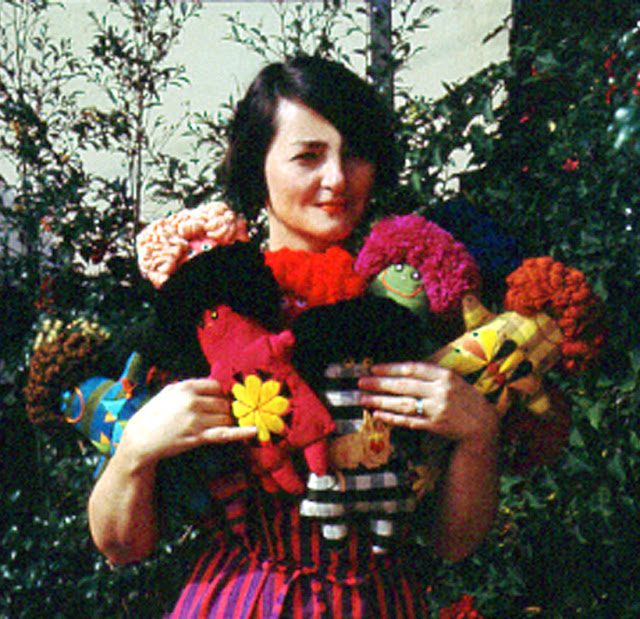 I always felt Marilyn knew she was an Empress, especially when I remember her sitting at the head of the Thanksgiving table with her feast spread out for everyone to not only savor but also take in the beauty of her orchestration. 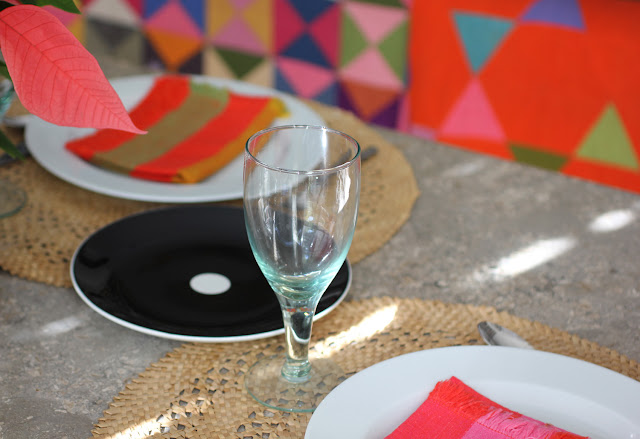 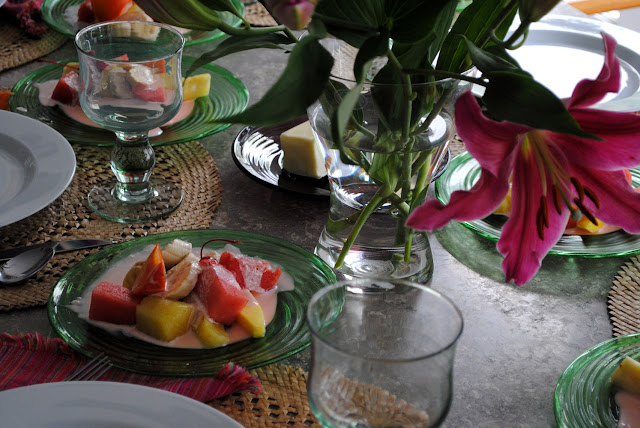 Marilyn and her husband John Neuhart, worked together professionally since their marriage, and collaborated on numerous design projects, including graphics, films and exhibitions. From 1980 to 1998 they were partners in the design firm Neuhart Donges Neuhart, whose clients included the IBM Corporation, Herman Miller, Inc., The Huntington Library and Art Gallery, the Doheny Library, the J. Paul Getty Museum, the Government of Taiwan and local businesses and institutions.

John and Marilyn authored and designed of three books on the history of the Eames Office. The first was Eames Design (1989) followed by Eames House (1994) and the two book set The Story of Eames Furniture, a comprehensive history of furniture development in the Eames Office. 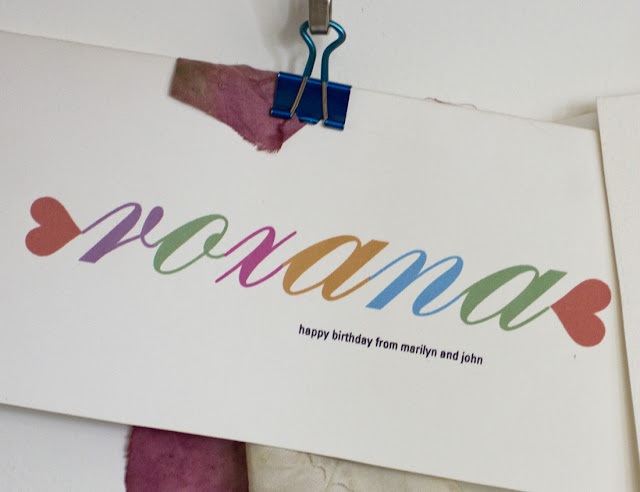 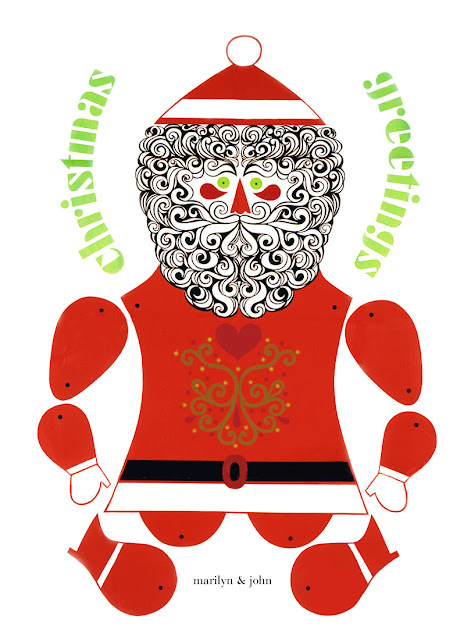 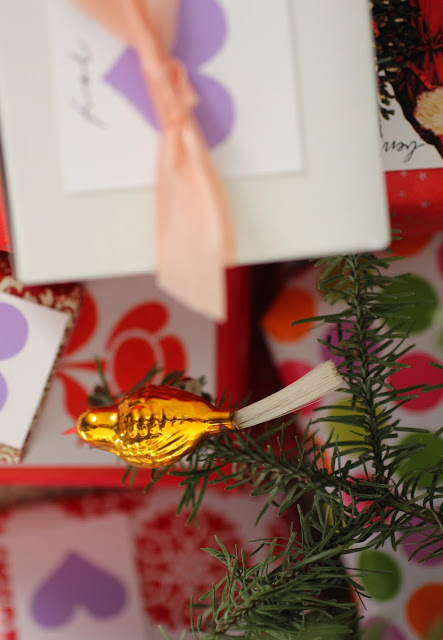 Together John and Marilyn were an inspirational team, working together to create beautiful invites to dinner parties at their home, labels and cards for the holidays or the magnificent doll house that took over six years to create for Eve. Below are a few details of the doll house, including a tiny basket with three of Marilyn's dolls as miniatures. The bright, colorful palette and since of whimsy that was part of their signature weaves throughout every part of their life. 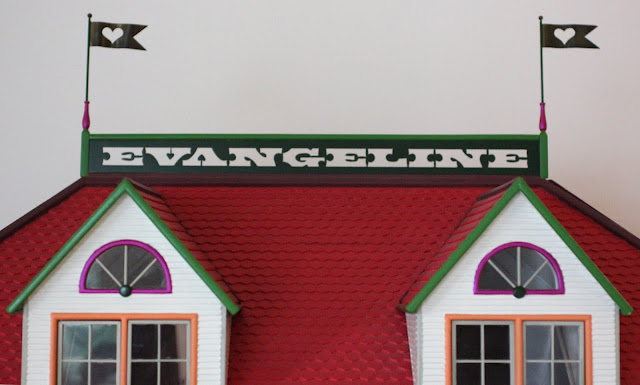 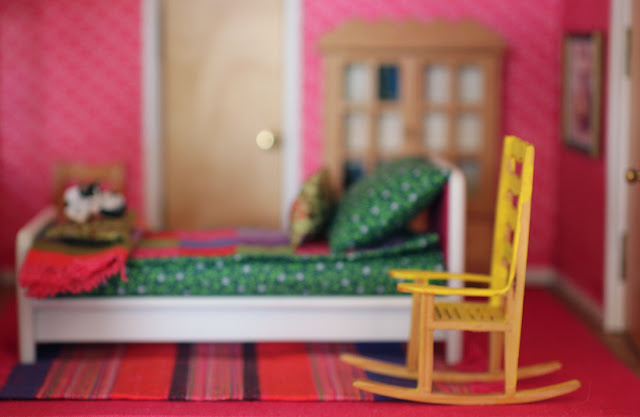 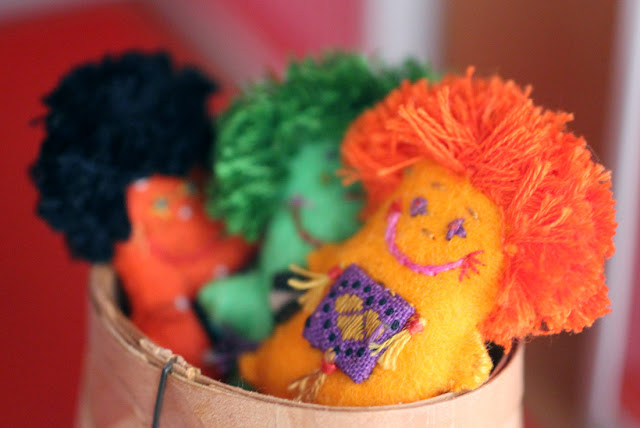 The day Ben and I graduated from Otis College of Art and Design, back in the eighties, Marilyn made us glorious crowns for us to wear that were given to us in a special box made by John. Talk about feeling special!

There is also a photo of her with Ray Eames and John sitting on the lawn of MacArther Park waiting the graduation ceremony to begin. I believe the photo was taken by her son Andrew Neuhart. 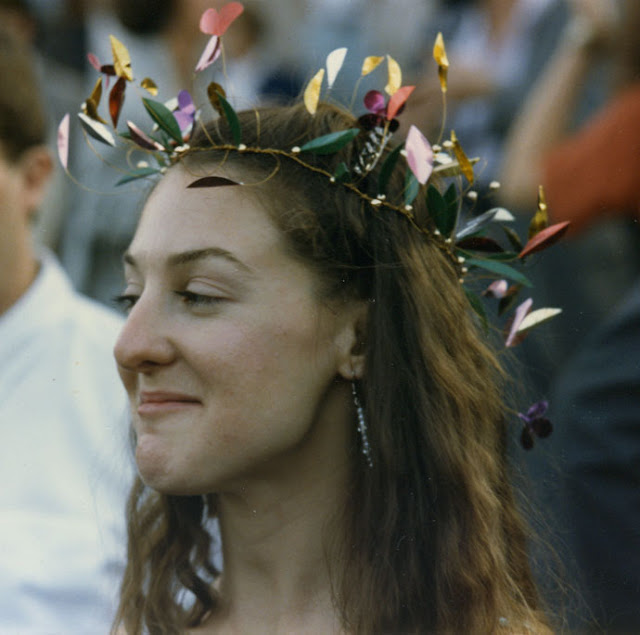 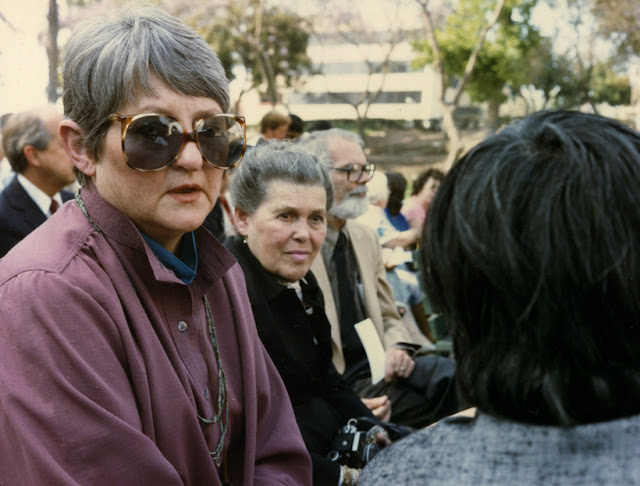 I'd love to share more pictures of their truly wonderful and very authentic style, but the CD's are in a box some where within the scary storage closet here in our temporary rental. I'm not sure if I can readily find it.  I'll take a look in a few weeks when my time should be a but more expansive. What's become quite obvious, as I sift through all the photos of John and Marilyn over the last thirty plus years, is that I'll be sharing more about them and their legacy as designers. 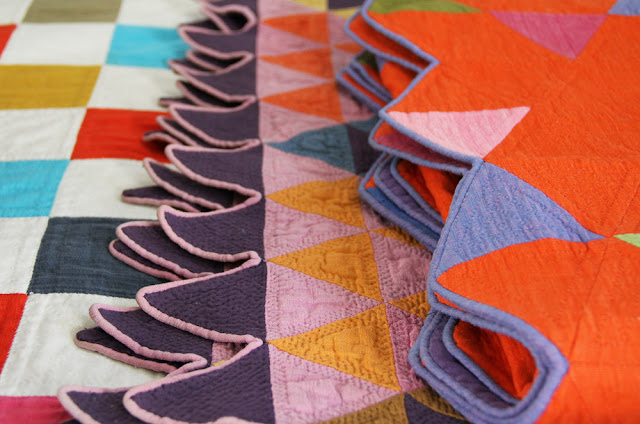 Here's a little quote from Marilyn...


"I started to quilt when I was a small child sitting with my mother and my aunts
over a quilting frame. I continued to sew, albeit intermittently, as I went through
high school and college. After I left teaching for a period and with two small children,
I became a fulltime freelance graphic designer and once again took up my needle in earnest.
After making small cloth dolls for my children and friends, I made a doll for designer
Alexander Girard, who asked me to make a large number of them the new Textiles & Objects
shop he was designing in New York City for the Herman Miller Furniture Company.
Over the next few years  (in the early 1960's), I made nearly 2,000 dolls
for the shop and for  Girard's exhibition projects." 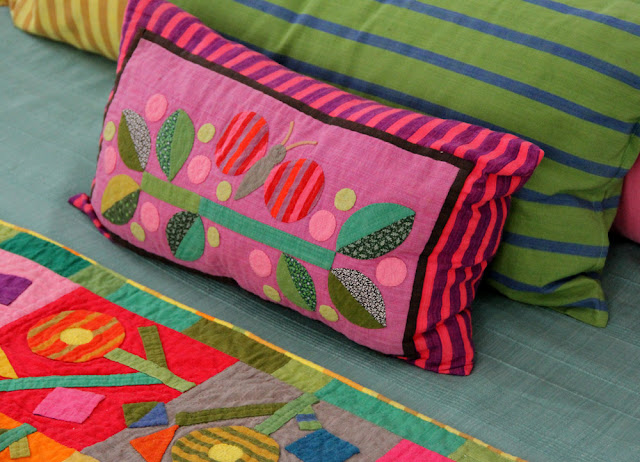 Read more about Marilyn by jumping to this little blog I created for her back in 2007 as Christmas gift, naively thinking she might want to contribute to it by sharing her wit, sense of design, inspiration, recipes and abundant stories. In hind site, it was most likely a projection on my part, I was so inspired, in awe actually, by her sense of style and her very Aires take charge and get things done attitude. 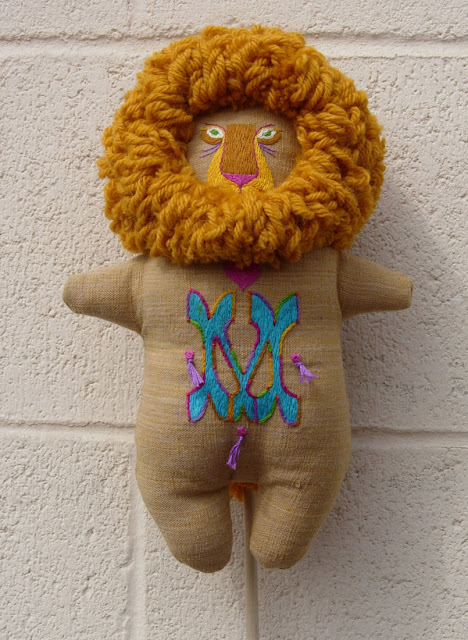 Once I asked her how she had managed to do so much as a mother of two children, wife, designer, cook and creator extraordinaire, etc., her response was..."Just keep going, without thinking about it." Hence her chosen name for the blog "Don't Be A Bump on a Blog." She had absolutely no patience for laziness. As I edit this post, adding more memories and photos, it occurs to me that perhaps I will add more on her blog, building it as a resource for those of you her are inspired by her as well as John. 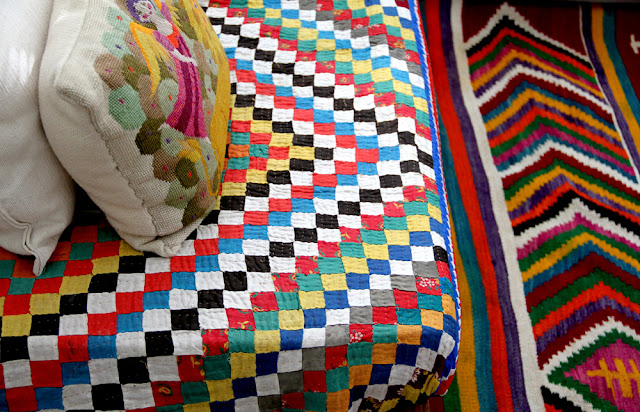 Besides having a great sense of color, pattern, texture, design and flavor, she was also a bit of a sensualist. Marilyn liked to take baths and enjoyed beautiful scents. Her favorite fragrances were 4711 and roses, the photo below is a vintage bottle of the illustrious perfume that she had in the guest bathroom. I would gift her bottles of my Blossom cologne and bath salts for the holidays and her birthday. 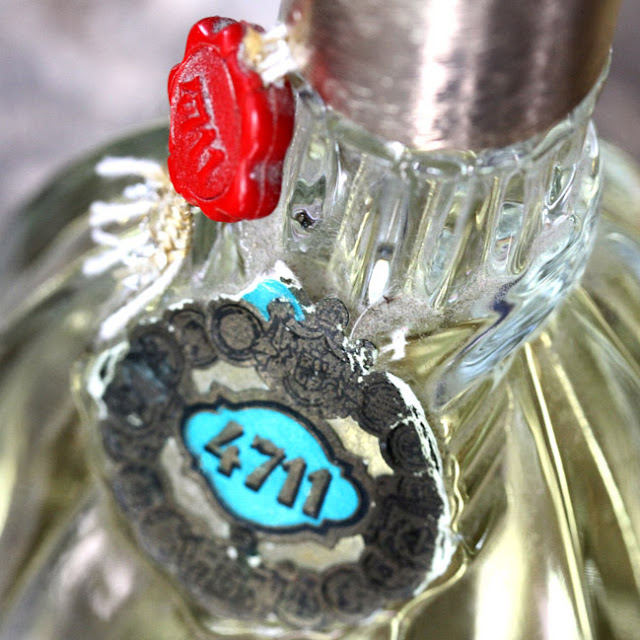 Lucky for us, House Industries worked with Marilyn and John to recreate some of their wonderful designs such as a poster of the hand print, which I've always been a huge fan of. 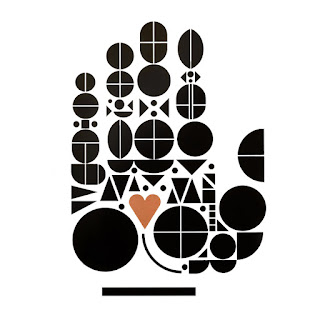 Marilyn passed on September 1st, 2017 just as Greg and I were driving through the desert on our way to Santa Fe. In a way, one of the many reasons I am living in Santa Fe today is because of Marilyn. She and her fabulous style which will live on for years to come, especially if books about her creative life and dolls are published. Marilyn was an integral thread in the Mid Century modern design revolution whose craft-womanship is an inspiration, particularly to all the makers who are part of the current DIY culture. 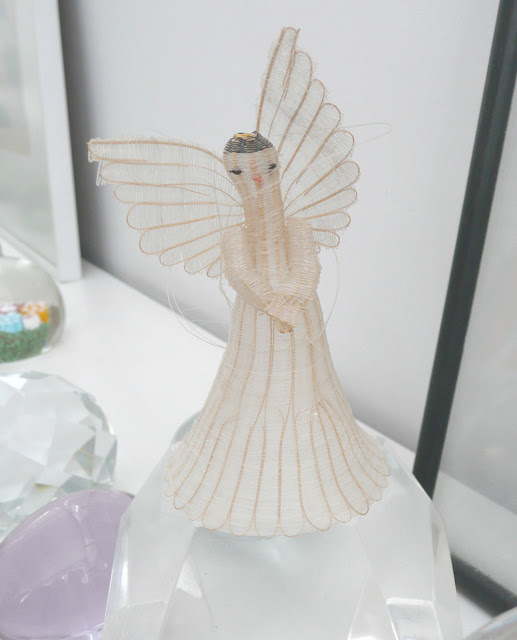 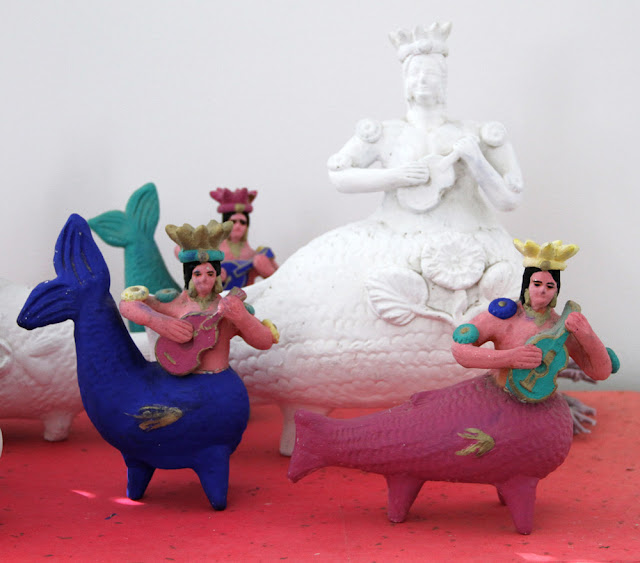 See more of the Neuhart house and Marilyn's fantastic style in a few of these posts here at the journal.

Roxana: thanks for sharing this post about Marilyn, I love the vibrancy and vitality her work, and her get-to-it attitude is inspiring. Thanks too for posting your grad photo - so sweet!