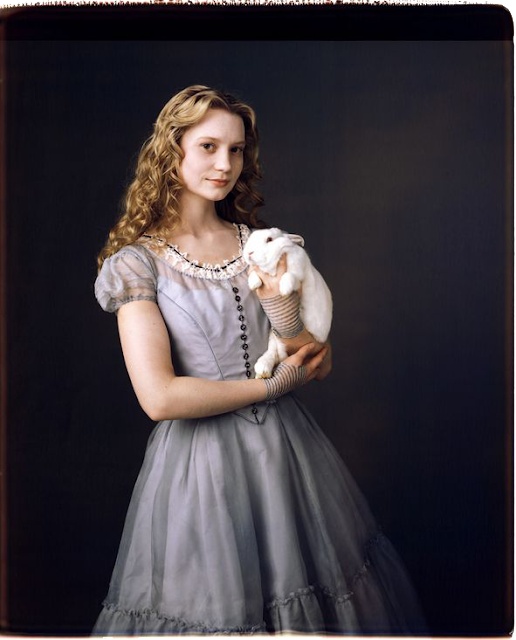 A very happy and splendid day to each of you. Spring is a trickster having many different days where she officially begins, whether we call it the Spring Equinox, Eostre or Easter or we don't name the yearly occurrence and instead observe a shift in the weather, plants or behaviors of animals, such as the ground hog.

Whatever name we choose for the Season, we welcome her with open arms as we transition from a cold dreary winter to a landscape filled with vivid colors, scent of flowers and birdsong. The transformation takes place on both an exterior and interior level as we defrost and emerge from a dark cocoon of reflection. Renewed by a period of deep reflection, we birth ourselves anew to the brightness and warmth of the extended sunlight.

"Eostre is generally said to be an Anglo-Saxon Goddess associated with the renewal of life: Spring (season), fertility and the hare (for its quick and numerous reproduction). Eostre has been made to be a "goddess of Dawn" by modern writers, improvising on the theme of Eos; there is no sanction for this aspect in any historical document or ancient tradition. Though it has been said that she was sometimes depicted with a hares head, no authentic animal-headed deities appear in Germanic or Celtic cult objects. And, perhaps for good reason, there is no Celtic depiction of an Eostre whatsoever. Most likely the name of the Spring Goddess was lost and the name "Eastre" was substituted in the transcriptions of the 8th century. Other names given to her include Ostare, Ostara, Ostern, Estre, Eostre, Eoster, Eostra, Eostur, Eastra, Eastur, Austron, and Ausos."
- edited from Wikipedia

I tend to like to explore words and associated mythologies that humans have chosen to attribute to different days, festivals, etc. Any of you who are regular readers of this journal or my work have most likely already sensed my exploratory nature in those realms. And, again, you may have already noticed, I have an affinity with the roots of things and more ancestral & pagan traditions when humans lived in harmony with nature.

A re-occurring theme that author Leonard Schlain writes about in his book The Alphabet and the Goddess is the patriarchal trend on usurping a female deity with a masculine one. For example the attributes of the ancient Goddess Eostra have clearly influenced traditions, such as Christianity who adopted the Springtime symbols to denote the Easter Resurrection of Christ.

Symbols, the Pink Moon and the Tree Ogham of Willow

Attributes associated with this Eostre, Spring, and Easter are:

Along with Eostre we had a glorious full moon a few nights prior in the astrological sign of Libra, called The Pink Moon. The name is in reference to the herb moss pink, or wild ground phlox, which is one of the earliest widespread flowers of the spring season.

Beginning April 15th we entered the Tree Ogham phase of the Willow, botanical family is the Salix. According to the modern neopagan Ogham calendar, it is the fifth month of the cycle falling between April 15th through May 12th. The Willow, termed Saille in this system of Tree Lore, is associated with flexibility and patience with an emphasis on femininity.

Like me, you may find yourself interested in ceremony and ritual, if so then I suggest venturing off to find a grove of Willow in your area and ask for a wish to be granted. We begin this little ritual by tuning into the imprint and hive mind of the willow spirit and the individual tree, asking for permission and sharing your desire.

If permission is granted, select a pliable shoot and tie a loose knot in it while holding the desired outcome in your mind and heart. When your wish has been granted, return to the site and untie the knot while remaining in a state of gratitude and love. In some traditions a gift is left for the Willow, such as tobacco. I suggest asking the willow what gift it would like from the start, as I have noticed the trees are more interested in an intentional gift like LOVE rather than a physical endowment. 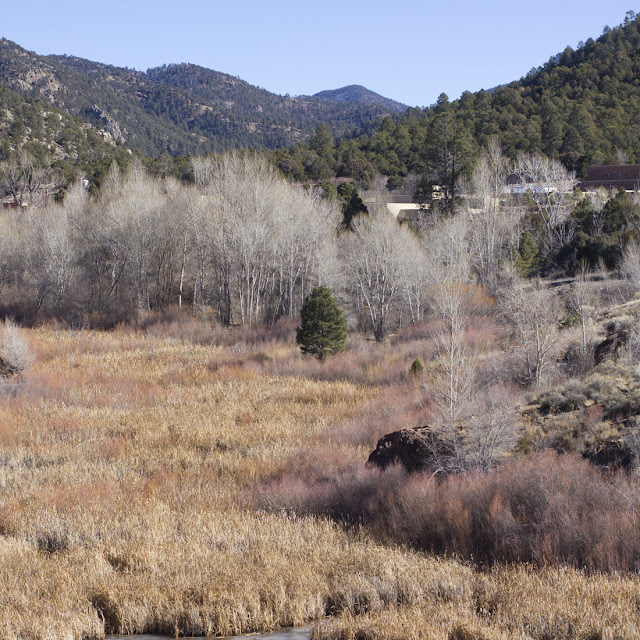 Here in New Mexico we have the red willow, Salix laevigata, also called the polished willow, which grows in abundance near sources of water. The plant is currently threatened by invasives such as Tamarisk trees, which are equally thirsty and difficult to eradicate. The ancestral roots of this tree are related to basket weaving by the native people. In Santa Fe we find a plethora of red willows in Dale Ball Trails in Upper Canyon. The photo below is in Fall when the red willows turn red.

"The Tiwa (or Tano) are a linguistic group of Pueblo American Indians who speak the Tiwa language and share the Pueblo culture. Tiwa (also known as Tano) is one of five Tanoan languages spoken by the Pueblo people of New Mexico. The name Taos is derived from the Tiwa word for “place of red willows.” The red willow is a variety known for its reddish or purple twigs and bark rich in tannin. It is also known as the basket willow, having pliable twigs used in basketry and furniture."
- NMHistoricPreservation.org 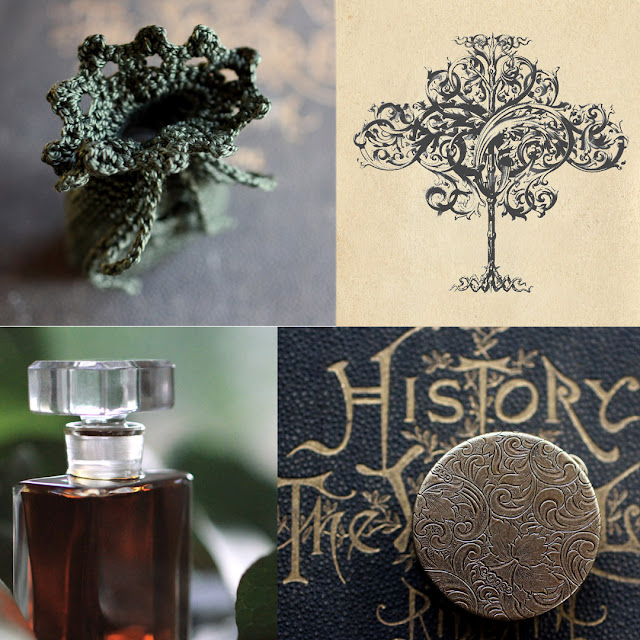 Floral perfumes are the most aligned with the energetics of Eostre, Spring, and Easter but fragrances in the green family also work nicely. From our illuminated line I suggest either Vera (fresh, herbal, fougere), Hedera helix (Deep, rich forest green) or one of the many fresher florals such as Lyra, Fleurish and Aurora, find them all in their varied formats as well as sample sets here. 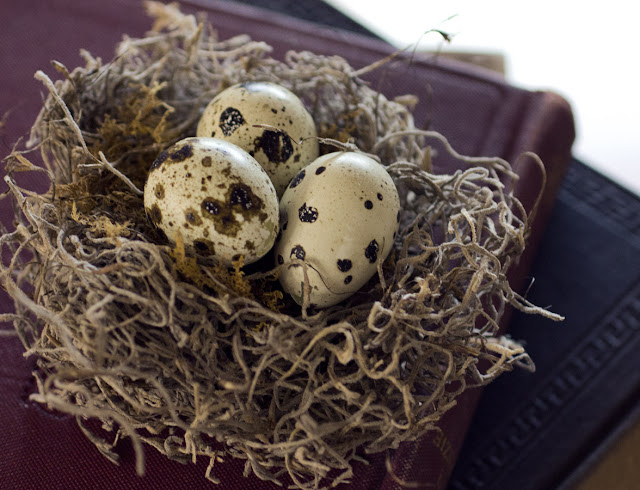 Of all the different symbols associated with Spring, the one that has me most inspired today is the egg. The origins of the word Easter are found in the ancient Saxon Lunar Goddess known as Eostre and Norse Goddess Ostara. In both these traditions, as well as those of the Greeks and Egyptians we find the symbolic use of the egg and a theory of the Cosmic Egg as the source of all creation. 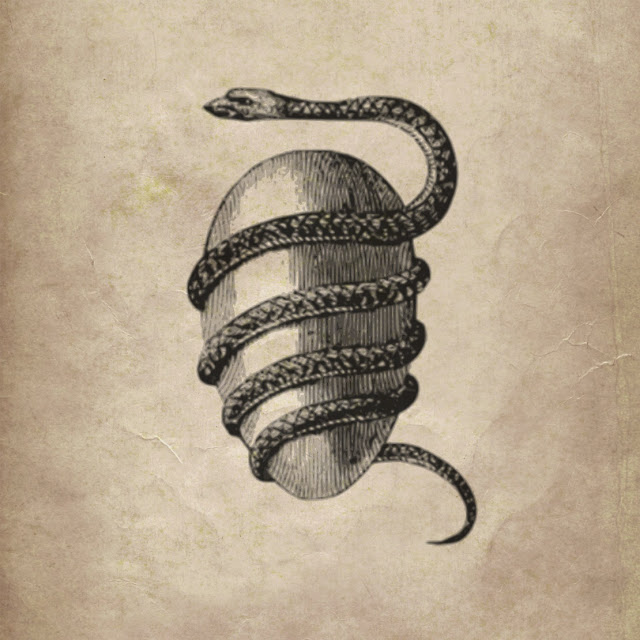 In contemplating the symbol of  the “egg” as a popular thematic image in our modern Spring rituals and archetypes there is the world egg in Vedic mythology related to an egg shaped Universe, but most interesting to me is the Upanishads where the universe divides into two halves, which alludes to the duality principal in Alchemy as well as the Ouroboros, symbolizing the unity of all things through the eternal process of change.

In August of 2003 when Greg and I attended the Visionary Art workshop titled Old Masters, New Visions in Austria, I learned a deeper meaning to the symbolism of the egg, specifically in reference to the Mishe technique where we use the whole egg for this painting procedure that has its roots with the Flemish brother painters Jan and Hubert van Eyck.

By utilizing a whole egg in combination with a specific layering of different colored glazes light is able to pass through the painting to produce a glass like appearance, resulting in fantastical depth to a two dimensional painted image. Go to a museum which has a Van Eyck painting in their collection and you will experience what I am typing about. Assuming of course, that the painting is the original, and not a reproduction.