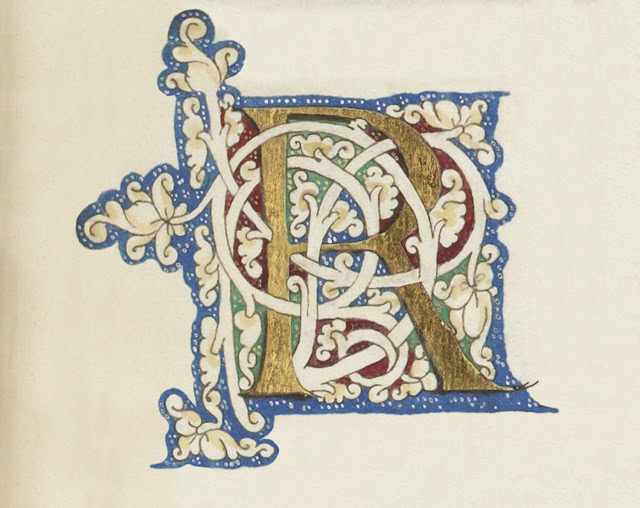 Introducing a new series of fragrances that stitch together many of my favorite themes such as illuminated manuscripts, the cabinet of curiosity, magic, mythology, the environment, nature, animals, etc. And what better time to debut a project of this grandeur about our fellow inhabitants of this lovely blue planet than today Earth Day, April 22, 2019! 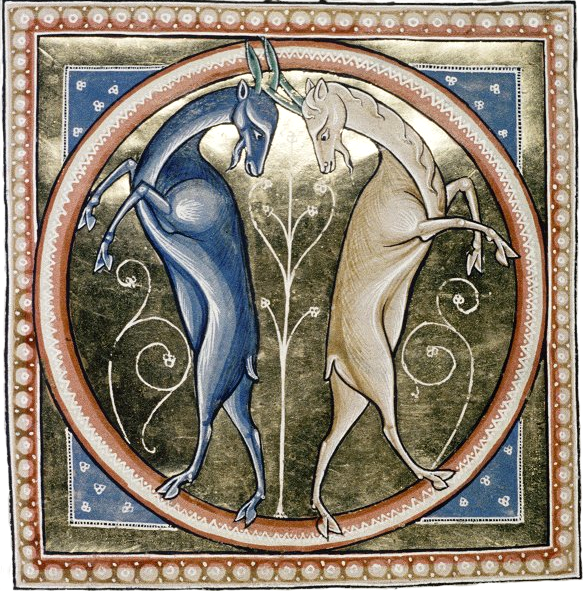 Beginning with the letter "A" we will begin our fragrant journey into the realm of the imagined, and as with Caspar Henderson's 21st Century Bestiary, "barely imagined" beings. From the fantastical to the almost extinct, together we will traverse mystical legends along with some other furry, feathery and scaly inhabitants of our blue planet.

Each month a new plant fragrance will be sent to participants, the perfume will only be available to subscribers and perhaps down the road to those receiving our newsletter. The fragrance will be offered as a solid perfume for the month it is debuted. If the perfume is worthy of inclusion in our line then it will be added in the near future.

If you have any beasts/animals that you would like to see included in the series please send us a note and we will most definitely consider the request. 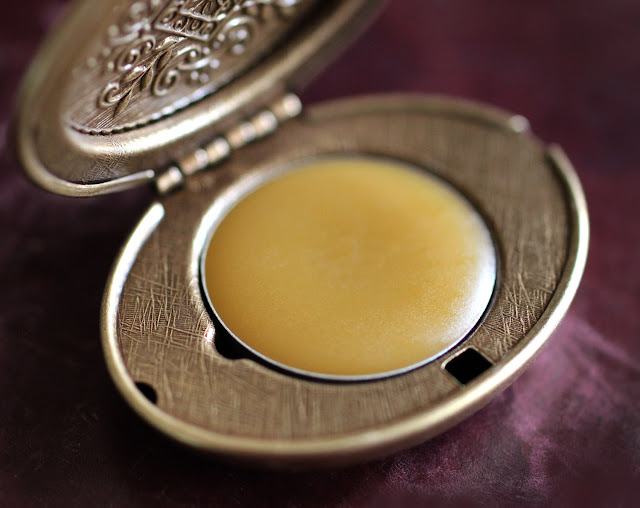 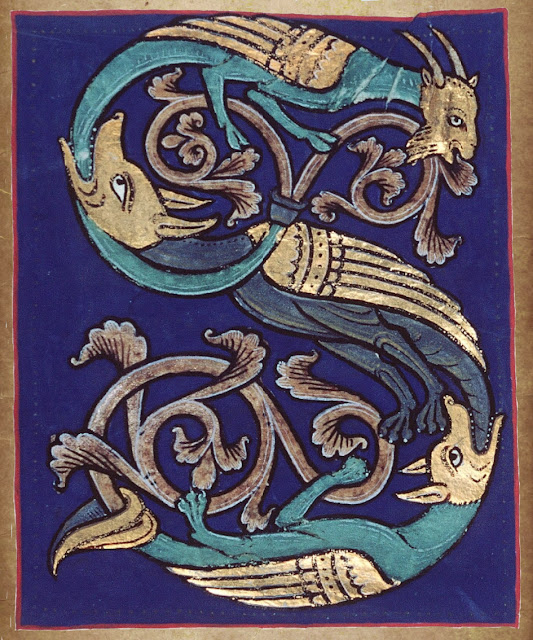 The Her Story of this Project

I've been contemplating offering a monthly membership with my perfume line since 2012. Although I thought it was a great idea, the timing didn't work out. Then two things happened, I watched Amazon series the ABC Murders' with John Malkovich followed by a walk in the Sangre de Christos Mountains. 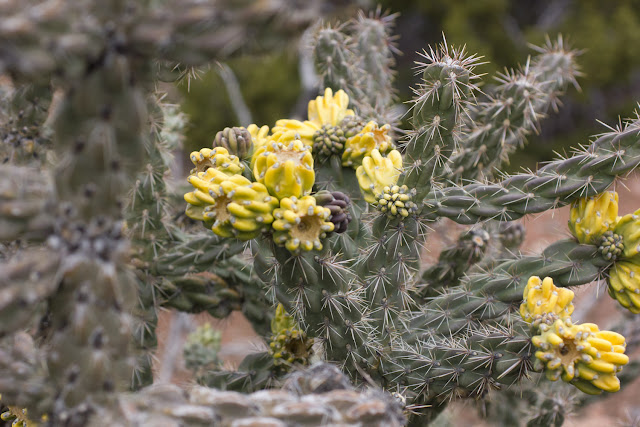 As I was walking up a path a seedling of a concept began to take form, when suddenly I was beckoned by a Walkingstick Cholla (Cylindropuntia imbricata) cactus who chimed in with some inspiration. Interestingly enough, it's the Junipers and Pinon trees I usually connect with, but that day is was the Cholla. Through a series of images provided by the cactus the idea of a monthly perfume membership series beginning with the letter A in reference to a plant like Artemisia came through. 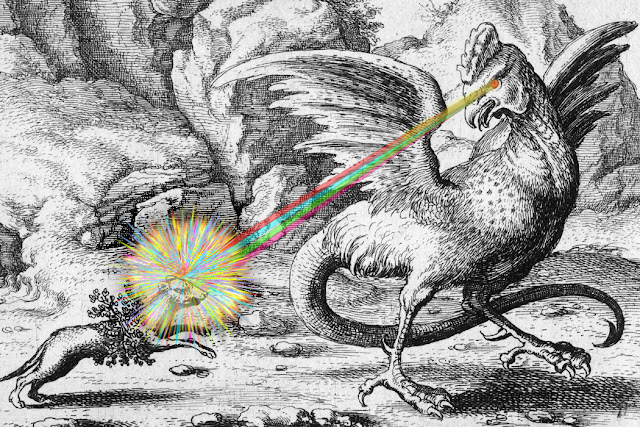 Then, like the segmenting joints of the Chollas, the alphabetical idea took on a new shape when I read an article titled The Extremely Real Science Behind the Basilisk's Lethal Gaze. I thought to myself what about an alphabetical series that combined a letter for a plant and an imaginary animal like a Basilisk!! Now I was excited, this sounded much more interesting given that I have a love affair with Medieval Illuminated Manuscripts such as the Ashmole Bestiary at the infamous Bodleian Library at Oxford. 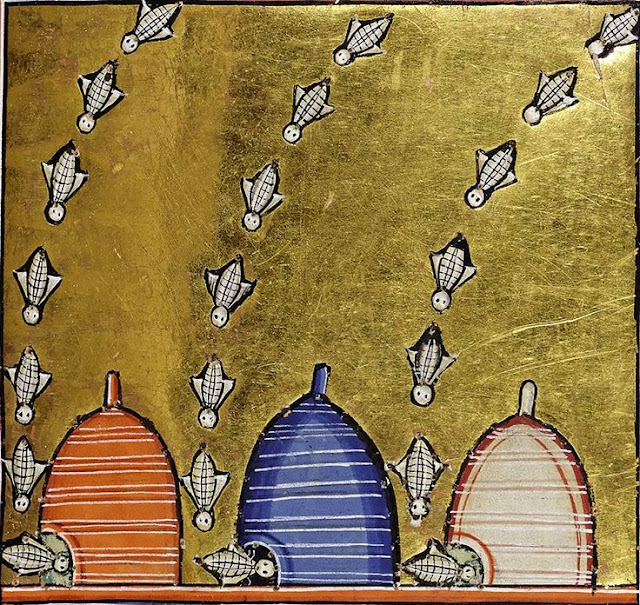 However, I must say, after reading some of the text of ancient Bestiaries I am rather appalled at their observations, but you be the judge, here is the text that went with a honey bee image:

"Bees are the smallest of birds. They are born from the bodies of oxen, or from the decaying flesh of slaughtered calves; worms form in the flesh and then turn into bees. Bees live in community, choose the most noble among them as king, have wars, and make honey. Their laws are based on custom, but the king does not enforce the law; rather the lawbreakers punish themselves by stinging themselves to death. Bees are afraid of smoke and are excited by noise. Each has its own duty: guarding the food supply, watching for rain, collecting dew to make honey, and making wax from flowers." 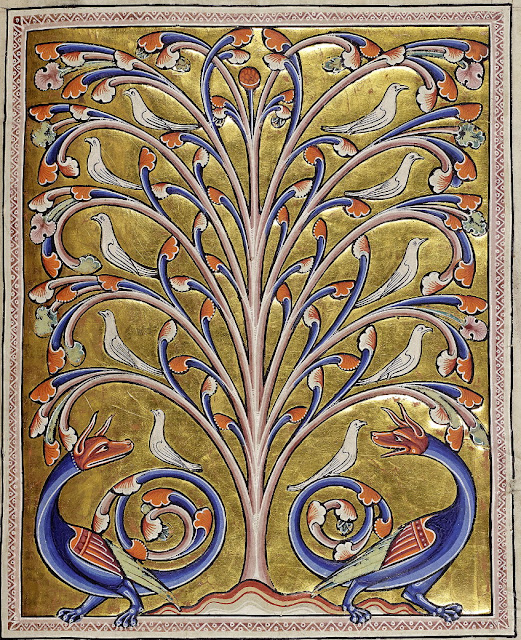 Medieval illuminations, like the one above from the Aberdeen Bestiary, contained a moral to go along with the illustration, such as this one about the Perindens Tree.

"The doves are the faithful Christians, who are safe from the devil as long as they remain in the church. Christ is the right side of the tree, the holy spirit the left side. The devil is afraid of the church and will not come near, but the Christian who leaves the church should beware."

The Aberdeen Bestiary has a slightly different interpretation: "Take the tree as God, the shadow as his son... Take the fruit to be the wisdom of God, that is, the Holy Spirit." The rest of the allegory is basically the same as usual. 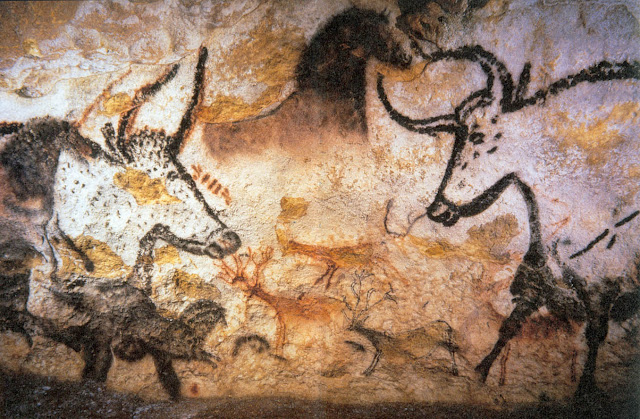 ‘Animals were the first thing that human beings drew. Not plants. Not landscapes. Not even themselves. But animals.’ - David Attenborough 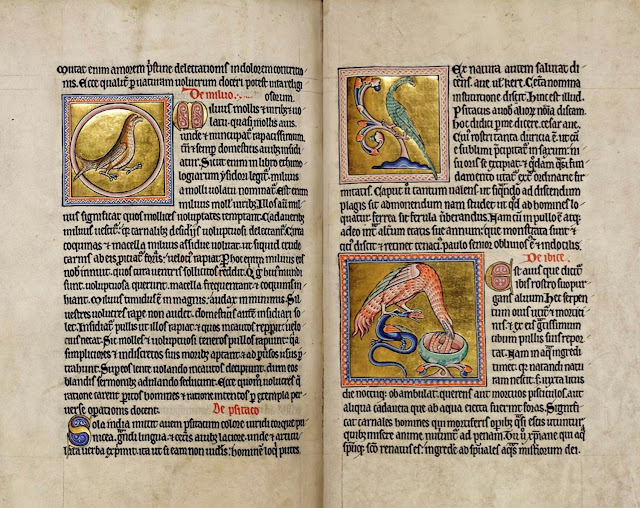 Getting back to the evolution of A Perfumed Bestiary and how it finally coalesced...now that the idea had taken on the form of an A-Z Fantastical Bestiary of sorts I went looking on our bookshelf for the Book of Imaginary Beings by Jorge Luis Borges. In 1957 the first edition of the book was published under the title Manual de Zoología Fantástica. Ten years later, the title changed and the content was updated, at the time I was five years old. Although Borges and I are from Buenos Aires, Argentina, I wouldn't be introduced to his work for many years later. 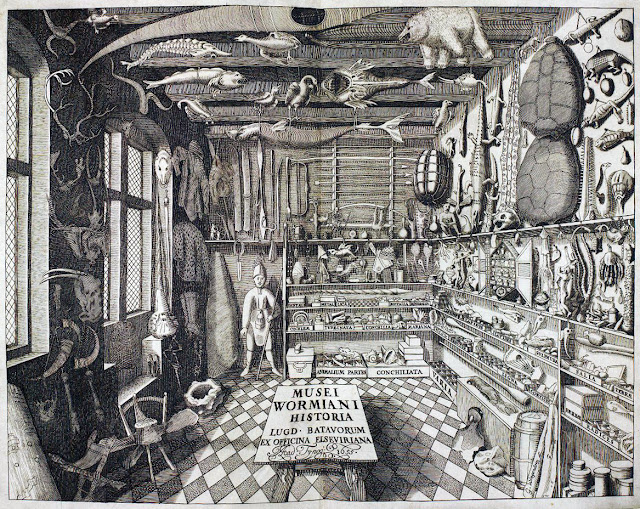 Regrettably I could not find it on our shelf, I did however have loads of books on illuminated manuscripts, cabinet of curiosities from the 16th & 17th centuries and cabinet of wonders. My next step was venturing to the downtown library here in Santa Fe to see what else I could find. To my delight, I came home with a stack of inspiration, and here I am, sharing this story with you. What makes my version of a Bestiary "Modern" is that I will be focusing on animals that are "barely imagined", meaning they are slowly becoming extinct due to the blunders of humans. 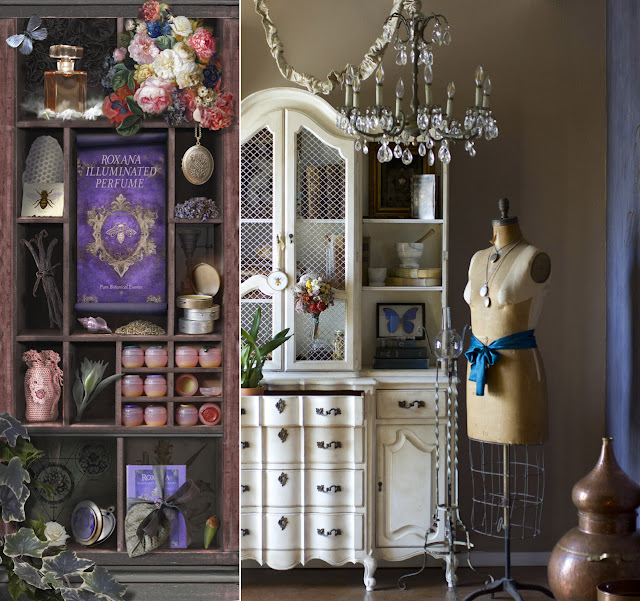 The word “Illuminated” in my brand is a reference to illuminated manuscripts as well as illuminating the way of plant perfume and facilitating higher consciousness. As many of you have witnessed at shows such as the San Francisco Artisan Fragrance Salon in 2012 and my brick and mortar spaces, there is an old world, Cabinet of Wonders meets apothecary vibe. 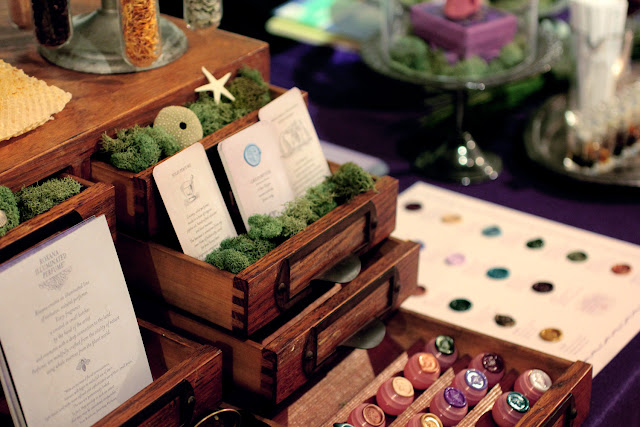 This new series reflects those aesthetics and virtues of the plant Queendom along with shedding some light on the extraordinary and fantastical.

Posted by Illuminated Perfume at 2:13 AM