A Perfumed Bestiary: H for Human 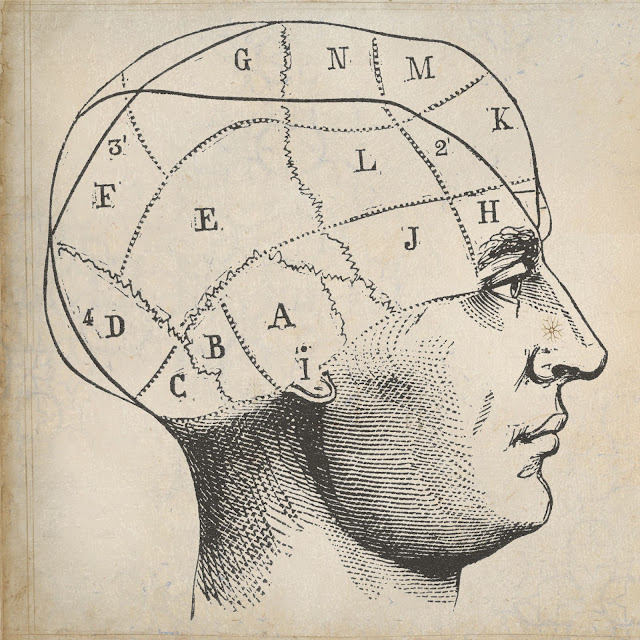 “If I were a tree, I would have no reason to love a human.”
― Maggie Stiefvater, The Raven Boys

H for Human, for Hysteria and for Hoarding toilet paper and deepening into our collective Heart.

This has been the most difficult perfume of the series to both make and write about. I had a really, really tough time conjuring love for Human as I was cultivating a theme for the fragrance. After all if it wasn't for Human the beasties in this series would not be on a path of extinction. My first thought was that it should just be the scent of greed—delving deeper I thought well, maybe greed, power and musk (not Elon Musk, although greed, power and destruction via 5G are certainly tangible) but musk as in the organic compound containing muscone. 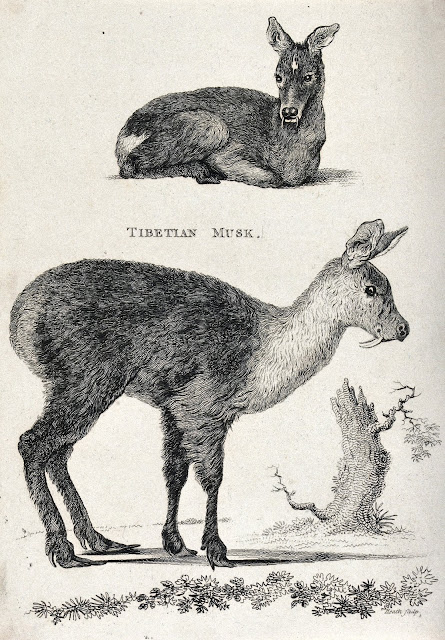 The scent of musk was originally connected to the rather strong fragrance of a gland belong to the musk deer from Asia. Beginning in the ancient use of perfume and continuing today in small sectors, the aromatic substance is is prized for its ability to "fix" a fragrance on the skin, known as a fixative. In the late 19th century the use of natural musk began to dwindle as obtaining it was not economical, particularly for the large perfume conglomerates who eventually substituted it for synthetic musk. Another reason the material lost popularity was due to ethical issues.


“The Folk doubtlessly learned this lesson long ago.
They do not need to deceive humans.
Humans will deceive themselves.”
― Holly Black, The Wicked King

This "extinction" chapter of Human is so very poignant, after all we were warned over and over, specifically through the tale of Atlantis. Since Humans have decided to empower their left brains, instead of a whole mind thinking process that includes intuition and the heart, where magic is part of fundamental being.

Below is a message from the the Arhuaco Mamos in the Sierra Nevada de Santa Marta, Colombia, the full written message here.


Alright, enough whining, lets get to some of the basics. The human being is classified in the genus Homo, species sapiens, thus Homo sapiens. Human beings are what is called culture-bearing primates, with the capacity to articulate speech and abstract reasoning.

I've been working on this post for weeks, today is Tuesday, April 7th, a virus named the coronavirus is supposedly creating havoc amongst elderly humans and those with compromised immune systems. Amidst the chaos the World Health Organization has risen to power with some alarming alignments, read more about that in post from a few days ago titled "Question Reality".

In the midst of my confusion with creating the fragrance, I watched the documentary titled The Salt of the Earth about the photographer Sebastião Salgado created by Wim Wenders. Here is a TedTalk given by Sebastião Salgado in Los Angeles, so that you can truly understand the shift I had.

HUMAN as an ANIMAL TOTEM

Hmmmm, this one is difficult, is human worthy of being a totem? What attributes do we grant Human that are considered worthy of totem-ship? Upon contemplation, I realize we already have human totems don't we, they are the sages, visionary artists, spiritual figures, rock stars we where on our t-shirts and other garb. We also have the main stream icons such at the Christ, Mother Mary, Jehovah, Mohammed, Buddha, which not only have their own iconography but, in some cases have enormous structures built in their honor.

Those don't quite do it for me, as I am a bit more pagan and am not so into organized religion. I prefer someone like the mystic Hildegarde von Bingen, or Mother Theresa, both women who are more tangible and embody selflessness & compassionate. H is Hildegarde von Bingen.

Main attributes of Human are creativity, social beings and aggressiveness, which relate to our early primate state, and the reptilian portion of the Human brain. By letting go of the reptilian mind, where the constantly distracting, chattering monkey resides, we feel into your body wisdom, the realm of Sophia, an idea from Hellenistic Greece referring to higher knowledge. 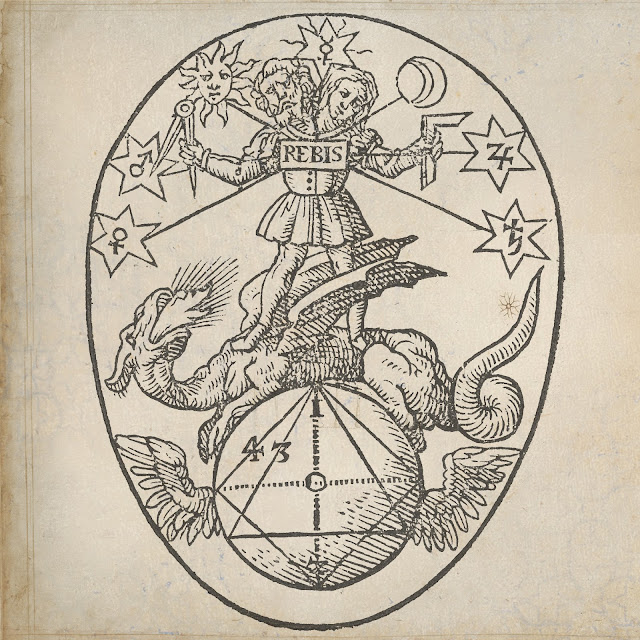 Image above, titled “The Rebis”,  depicts the end product of the great work,
being the divine hermaphrodite, the reconciliation of opposites.
Notice the shape is reminiscent of a skull and or egg.

Like monkey Human has an agile mind, capable of creativity and imagination, after all look what we have created since back in the Quest for Fire days. Besides creativity, imagination, selflessness, and compassion, relating to the right brain, Human also a hefty does of the shadow: greed, power, obsession, narcissism, etc. Thus, in Human, we witness duality, as in the image above with Sol and Luna. The higher aspect is to rise above the animal within, the dragon, and unify our opposites into a clear, upright channel. Human asks us you to bear witness to the polarity, dark and light, masculine and feminine. As Sol and Luna hold a right angle and compass, gain perspective and outcomes from many angles before choosing an avenue with composure and grace.

I challenge those who are in the Art of Botanical Perfume who have completed the module on Alchemy, to decipher the numbers and other imagery in the image of the Rebis above.

Posted by Illuminated Perfume at 12:59 PM

Interesting and insightful commentary Roxana, thank you too for the various links. Humans have a lot to answer for (H is for hubris)! Humans have certainly created great beauty in this world (thinking of the arts) and have shown great compassion too (the men and women you've mentioned here) but as a species we have a long way to go.

Yes, humans have indeed created great beauty and wonderful acts of kindness, thank you for the reminder.