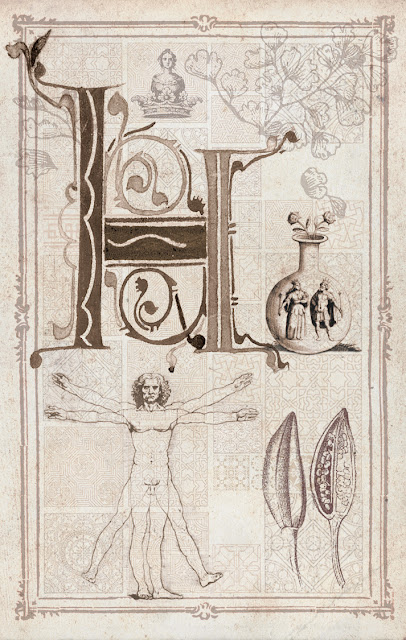 H for Human is the eighth fragrance in our compendium of scents for A Perfumed Bestiary, documenting the combined scent of extinction. The main theme for Human was the concept of greed and the note of musk. The initial attributes I had assigned to Human were pretty dark, full of shadow. Then I recalled how Carl Jung mentioned that the recognition of the shadow in others is a recognition of ourself....gulp.

“The shadow is a moral problem that challenges the whole ego-personality, for no one can become conscious of the shadow without considerable moral effort. To become conscious of it involves recognizing the dark aspects of the personality as present and real. This act is the essential condition for any kind of self-knowledge.”
— Carl Jung, Aion (1951)


Not sure how to work with that concept in scent, I moved on to musk. The scent of musk was originally connected to the rather strong fragrance of a gland belong to the musk deer from Asia. Beginning with ancient perfumes and continuing today in some small sectors of indie perfumery who use animal ingredients, as well as the large and small perfumer house using a synthetic musk.

In the animal world the scent of musk is used for attraction, usually related to reproduction. I always thought it odd that humans preferred to use the musky scent of another animal or a synthetic perfume to attract a mate instead of their own scent.

Did you ever see the 1981 film Quest for Fire with Ron Perlman and Rae Dawn Chong? There is a specific scene that comes to mind with Rae Dawn Chong's character Ika, unfortunately I was not able to find a clip of it. 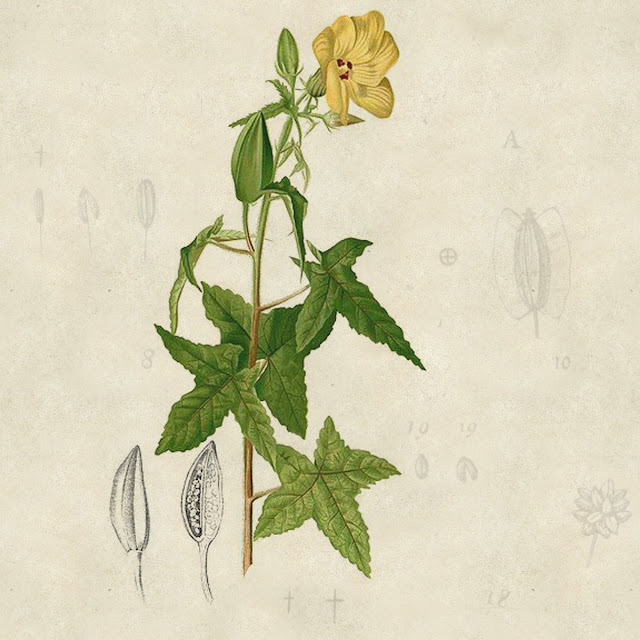 Plant based aromatics that convey the slightly sweet, pungent, animalistic, earthy, wood scent of musk that I chose to use are Ambrette seeds, Abelmoschus moschatus, and Africa stone, the latter is  the petrified and sunbaked rock-like excrement of the Cape hyrax (Procavia capensis).  Africa stone is a bit of an oddity in the plant perfumers palette, it is not technically an animal ingredient and since the hyrax is not caged, tortured, hunted, for this sun baked, petrified rock, it is generally considered acceptable in our plant palette. I rarely use it, but for H for Human is was a perfect addition.
I chose Ambrette seed as the scent ally for Human. The scent notes are sweet with a nutty/seed-like musky aroma.

Other notes I selected were Cognac for the concept of "addiction", Frankincense and Palo santo for "higher consciousness", a co-distillation of Vetiver & Rose for mans the dualistic nature, essential oil of Gold for "greed", Dragons Blood for our "lower, animalistic nature" and Cepes (mushroom) for "hope". Cepes was chosen after having gone to the theater to see Fantastic Fungi.

Then it was a matter of selecting other notes to build the fragrance upon the skeleton of Frankincense, Palo santo, Ambrette seed, Cepes, Vetiver+Rose, Cognac and Gold.

The final formula for H for Human includes:

Here is an impression from one of the recipients.


"Roxana, I had to sit with this one for a couple or more days as I couldn't quite get it. It did immediately bring me to lavender, green herbs, something slightly pungent, black tea, old cloth... I thought of an old woman, a grandmother, but more than that, someone wise, someone in her garden, someone who knew many things... this morning it struck me, Hildegard von Bingen... so these are my thoughts.
H is for Hildegard"
~ ML Leidl

Posted by Illuminated Perfume at 11:11 PM