The Mark of Hands 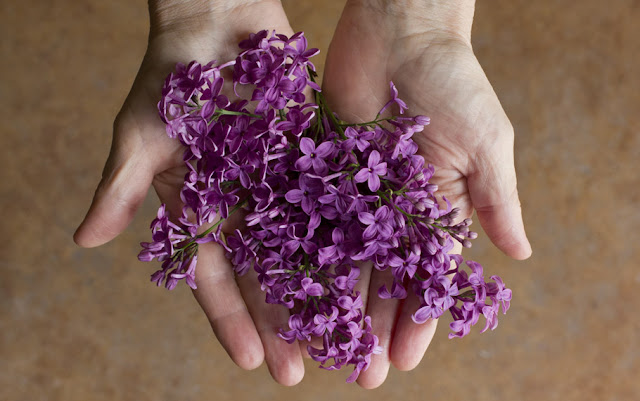 As our world continues to rotate more and more toward automation and tech, it is crucial to acknowledge and uphold the heritage of the mark of hand and fragrance making. By respecting traditions, along with the linguistics that accompany those rich customs woven with wisdom, we then acknowledge the cultures who birthed these ways of being in the world. From this perspective, there exists an inherent balance, bringing us into living at peace and in harmony with the Earth.

“You must live in the present, launch yourself on every wave, find your eternity in each moment. Fools stand on their island of opportunities and look toward another land. There is no other land; there is no other life but this.” 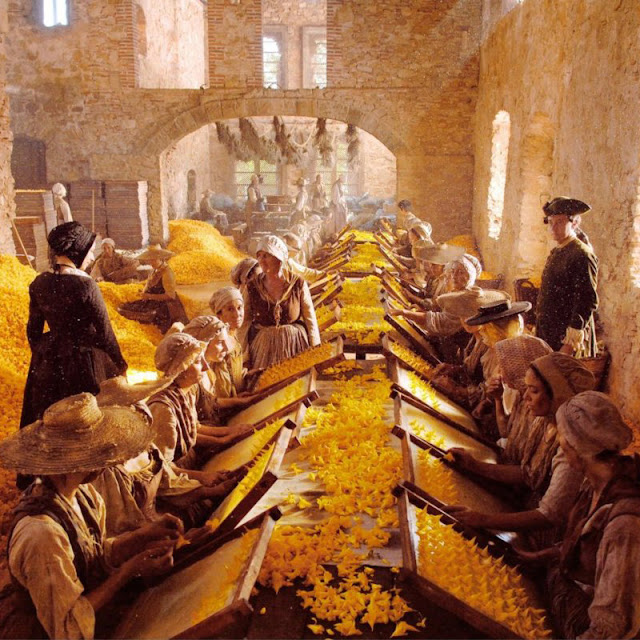 Perfume, the story of a murderer film screen shot

Enfleurage, a method of capturing scent from delicate flowers, likely invented by the Ancient Egyptians and then resurrected by the French was highlighted at the recent Pitti Fragrance conference in Italy.

After some investigation, I see that although the highlighted process is being termed enfleurage, it is actually an oil infusion of flowers performed in India that the flavor and fragrance manufacturer have decided to refer to as enfleurage.

Once more, we have the re-invention of a traditional word attributed to a process, or term, of something other than what it is. I've seen this occur with the word Cologne, a city in Germany that has deep historical roots in creating a light and refreshing citrus and herb spritz. The term cologne is now being used to define a fragrance for men of a solid fragrance, instead of using the generic word perfume, that appears to have taken on a feminine connotation.

The challenge with ascribing new and/or different meanings to words, is that the true origin and historical context of the actual definition diminished and under valued.

This occurs within the corporate fragrance industry, as illustrated with the attribution of the term enfleurage at the Pitti conference, but also in the indie maker community. At the root of this conjuring trick, like the shell game on the streets of New York City, this sleight of hand ripples out and undermines cultural legacies.

The cause of dismissing humanities lineage is most often rooted in greed and ignorance. Becoming more and more obvious, with each day, is the domination of corporate institutions who favor special interests and profits over the benefit of the planet and or human beings.

Joel Bakan's book, which was made into a film, The Corporation: The Pathological Pursuit of Profit and Power is an excellent example. If we observe the actions within a range of industries such as: pharmaceutical, oil, manufacturing and advertising, greed is the primary behavior at the core. When this occurs, the value of cultural legacy is significantly undervalued. One example that illustrates this concept quite vividly is the hunger for domination by the killing, removing or polluting indigenous people and their lands. Here in New Mexico, the mining and milling of Uranium being used for nuclear energy is a prime example. "This practice has caused problems, including on Navajo lands where more than half of small, abandoned uranium mines from the middle of the 20th century and their wastes remain."1

On the other end of the spectrum are the artisan makers who are not primarily motivated by greed, but sometimes possess a bit of ignorance and/or lack of education where they then ascribe a historical word to fit their needs. Like with the word cologne, as mentioned above, you can read more of my rant regarding the misuse of perfume words here.

Whether with a conglomerate, a perfume organization or an indie maker we observe a deficit of respect. Perhaps its due to our modern times, with so much greed running the world. Certainly our political leaders are not good role models. Gee, have you seen the documentary Planet of the Humans, produced by Michael Moore? That was eye opening, and although enlightening, very depressing.

The best role model I have found that embodies integrity is Vandana Shiva, if you don't know about her check out The Seeds of Vandana Shiva. When we honor our roots and esteem those who came before us in tandem with deeply bowing to Mother Earth, then appropriating and redefining words for corporate and self interest will no longer surface as a prominent behavior amongst humans. 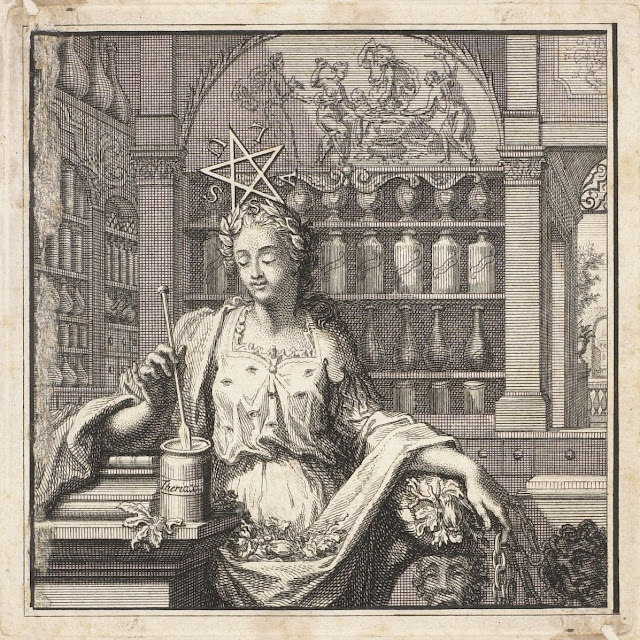 Related to the long tail of honoring words and their original definitions is supporting small, indie and handmade as a form of respect, preservation and spiritual path—a small act that does great good. As the world continues to shift, we gain more perspective on the critical need for each of us to become more fluid and aware.

If you’ve been following my work as an artist, whether visual or aromatic, than this may be repetitive. I bring it up again as a crucial reminder to our evolution. By focusing our attention on the arts, beauty, indie makers, those who work with nature and their hands, we contribute to the entire fabric of life. It is one of those very small acts that has great value, and undulates out, diminishing the power of the corporations and their ferocious need for greed.

It's crucial that we each take individual responsibility for what has happened to the world and begin to focus on small acts that contribute to the entire ecosystem and our personal role in the survival of humanity, nature and kindness

The mark of the hand, whether in a teacup, a journal, a bracelet, a small plant or food grown from traditional seed—each contains the subtle energy of a maker, each contains a vitality of incalculable worth.

Posted by Illuminated Perfume at 12:43 AM