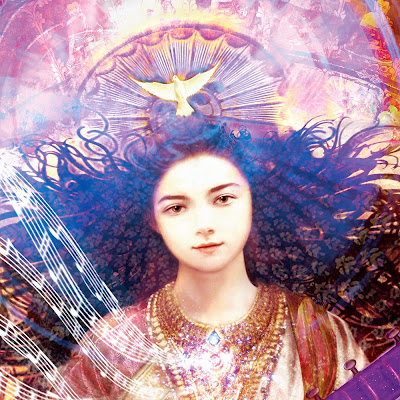 "Nothing can bring you peace but yourself."
~ Ralph Waldo Emerson

Steve Robertson the Founder of Project-Peace on Earth, along with Director Marc Scarpa are in Israel, and Palestine working out the logistics of the September 19th concert in Manger Square, Bethlehem. Robertson and Scarpa are meeting a host of dignitaries and officials who are helping shape this historic, globally telecast musical event.

Greg and I first met Steve Robertson and his beautiful wife Teresita back in 2005 at a "Heart Virtue Focus Group" with Greg Mooers. It was at this profound workshop that we learned of the vision Steve had in his heart about creating a concert focused on Peace. This initial vision has now expanded into a Six Hour Globally Telecast Musical Prayer for Peace with the intention to create these event yearly.

When Greg and I heard Steve proclaim his mission back in 2005 we knew we wanted to help out with our talent as artists. Greg began by brain storming with Steve and his other advisory board members on how to promote the event. It was at a fundraiser on Valentines Day last year, with the Tibetan artist Romio Shrestra, that Greg and I saw and felt exactly how we could get involved to facilitate Steves heart felt mission. 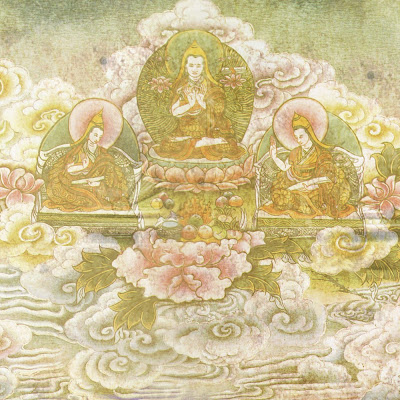 Greg began his process by meeting with Romio to create an image that fuses the consciousness of East and West. Within a month, in the middle of March, the Project-Peace on Earth signature image was debuted. 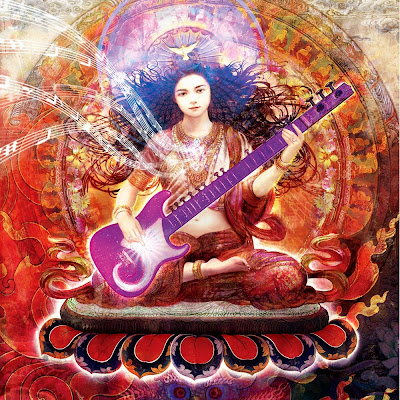 A small version of the "Peace Has Begun" print has been making the rounds with Steve and Marc. It's exciting to watch this image become an iconic emissary for peace. The Mayor of Bethlehem. Dr. Victor Batarseh holds one up in his office with Robertson, Scarpa, and Jihan Anastas Director of the Bethlehem Peace Center. Other pic's show the art with Dr. Abu Dayyeh, Minister of Tourism Palestine, and in Manger Square. 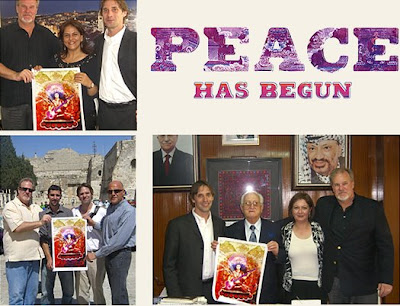 A limited edition of only twenty five, 32"x48" giclee prints of this collaborative artwork created by Greg with Tibetan master Romio Shrestha are being sold to benefit the production of this concert. This is truly an opportunity to invest in a moment of peace history, for the children of the middle east, for the world.

In the meantime I have been diligently working on the Perfume for Project-Peace on Earth which will debut on September 22nd, 2009. The intention is that the perfume will be an emissary for peace as Greg's image has become. More to be revealed in the Peace Perfume: Part Two journal post.