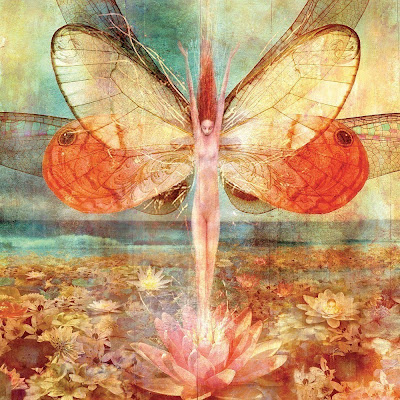 As mentioned in the Artist Feature & Giveaway there are two winners. The first is for their choice of either Musing the Goddess set #1 or #2. The second winner gets FREE admission to an ArtistAsBrand Workshop during 2010.

Much gratitude to dear Greg for being our featured Artist this month and contributing fantastic prizes for the draw. The lucky winner was chosen by my daughter using the card deck methodology. I had my daughter choose four cards, the first for prize #1, the second for the workshop winner. The other two are just in case the first two winners are incognito, which in this case, I think not. The first card that was chosen was the Nine of Diamonds from the Red deck, which was assigned to GruvKitty and the second was the six of Spades which was assigned to Kym. Congrats to both of you!

The best place to hear more details about Greg's art is at his website, for his upcoming workshops stay tuned at his new web blog. For more info he has a Facebook fan page for ArtistAsBrand. To order you own Goddess Card set find them at his shop on Etsy.

Thank you so much! And thanks to your husband Greg for his generosity!