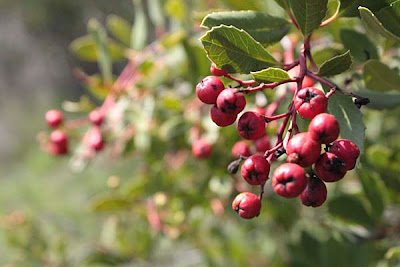 “Hollywood has always been a cage…a cage to catch our dreams.”
- John Huston
The name for the city of Hollywood was due to a native California plant which bears similarities to the European holly plant because of it's red berries. The indigenous Toyon, Heteromeles arbutifolia, grows abundantly in the wilds of the hillsides and is also referred to as Christmas Berry. 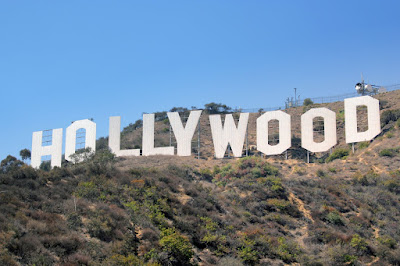 In March of 1910 In Old California was released by D.W. Griffith, this was the first motion picture created in Hollywood, setting a precedent for the birth of an industry.

The closest I have gotten to involvement in the film industry has been through husband #1 Ben and current husband Greg. Both gentlemen work in the industry as well as a plethora of friends including actors, animators, concept designers, etc.

Two weeks ago an e-mail was posted on the Backwards Beekeeping (BB) group from a casting agent looking for someone to play the part of a real Beekeeper for a Kashi cereal commercial. I decided to respond, figuring I had nothing to lose.

The auditions took place in Santa Monica with several rooms devoted to the casting of commercials. I showed up carrying my bee suit in my basket with no idea what to expect. Several other local beekeepers were there including members of my Backwards Beekeeping club. To my surprise I got a callback! When I returned to the audition location I felt like I had walked into an alternate universe. First I noticed there were loads of fellas that looked like security guards, after a short while, they all disappeared and were followed by motor cycle bikers with tattoos.

Regrettably I didn't get the part, but fellow BB member Max Wong did, so look for her once the commercial comes out. She will be decked out in a white beekeeping suit.

In other related news two of our friends won Oscars last night at the Academy Awards. Wally Pfister for his visionary cinematic contribution to Inception and illustrator Shaun Tan for his animated short The Lost Thing.

This morning I am off to save and hive a wild swarm living in an abandoned garage here in Woodland Hills. I say save because they were going to be exterminated. More details on that adventure shorty. HapBee Day!

Images: Toyon berries and Hollywood sign via Wikipedia by Sörn on Flickr.
Posted by Illuminated Perfume at 8:50 AM

Sorry you didn't get the part. But I'm sure the audition process was worth it just for the experience!

And I don't know if you're into George RR Martin, but HBO has done an absolutely INCREDIBLE promotion tie in. They've sent selected bloggers some olfactory kits that recreate the smells of various locations in the series. Amazing detail in the kit itself, though I'm pretty sure the scents are all synthetic.