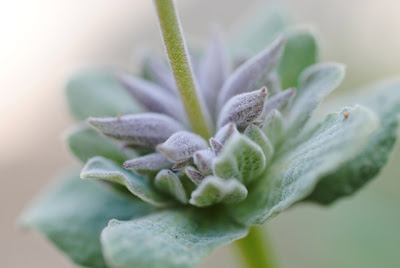 Over ten years ago when we moved into our little house here in the woods I was fairly unconscious of California native plants. The house had been landscaped in the typical manner with plants that required huge amounts of water, fertilizers, etc. Heck we even had a lawn!

It was the incident with the oaks that opened my perception to the fact that there was a biome here in California called "the chaparral" consisting of specific plants quite different from what is sold at our local nurseries. The foray into this new botanical world has been quite a fortuitous venture, aligning us more closely with living authentically. 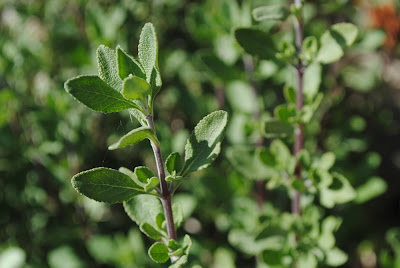 Sage
The journey began with the California oak and the intoxicating aroma of the local sages. Slowly we began to remove and give away the non natives in the garden. First to go was the ivy along the side of the house, then as our awareness grew, we let the grass die off and replaced it with bark mulch. Next we began pulling out the vinca which covered almost the entire front slope and the water hoarding non-bee loving plants bordering the house. 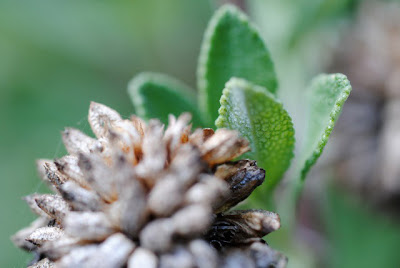 Sage
Once cleared I began planting and studying about California natives. To my surprise they would need NO special soils, NO fertilizers and would eventually require little to no water. What a mind bender! However, there was much work to be done on the mind, for many habits would need to be broken. 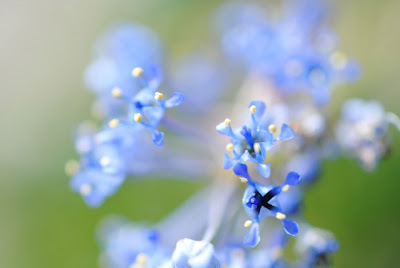 Ceanothus flowers
Over the years I've learned that the natives that do the best on our little patch of earth are those growing here in the local mountains. The different salvias, sages, have been particularly happy. Currently there are species of apiana, clevelandii, leucophylla, mellifera and spathecea. I lost several ceonothus plants before one finally took hold in the ground and another in a pot, both with beautiful blue flowers. Along the bottom portion of the slope I planted Rosa california, our native rose. Under the oaks I've planted different species of heuchera which are doing fairly well, although some have departed.

“It is a golden maxim to cultivate the garden for the nose,
and the eyes will take care of themselves.”
~Robert Louis Stevenson 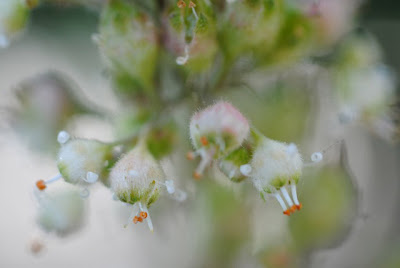 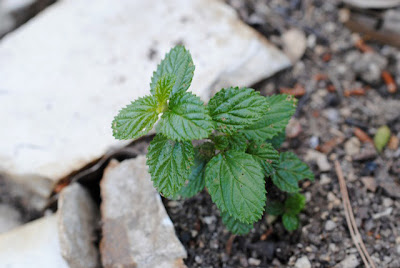 Ceanothus sprout
Last week while weeding I began to spot small sprouts of natives coming up on there own. Tiny little plants volunteering themselves to grace our property. I marveled as I discovered ceonothus, artemesia, rhus ovata and roses, not to mention a plethora of baby oaks. This abundance of riches is likely due to a restoration of the dirt to its natural ph along with the honey bees and local fauna that visit the garden regularly. Our property is now circled by oaks from ancients over fifty years old down to the tiniest little sprouts. 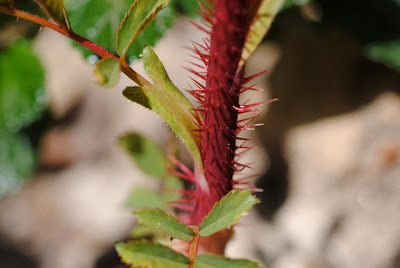 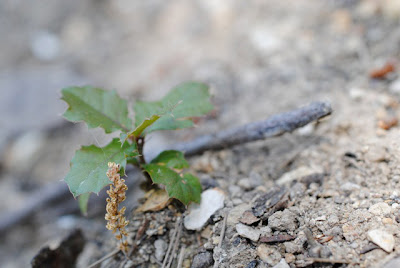 Quercus agrifolia
Inch by inch we continue to work on the restoration of our woodland microcosm with an intention of affecting the larger macrocosm.

I leave you with a non-native drought tolerant image of a rockrose flower, of the genus cistus. One of my very favorite materials for creating botanical, natural perfume is dervied from the resin formed on the leaves of Cistus landaniferus, the essence is known as Cistus and Labdanum. 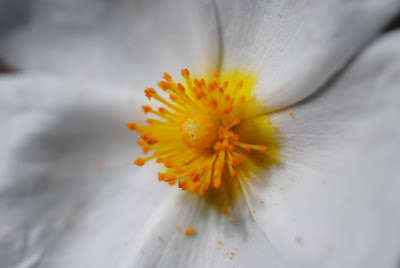 Photos by Roxana Villa and Eve Neuhart
Posted by Illuminated Perfume at 1:02 AM

Roxana~
I ♡ Cali! many wonderful native plants grow abundantly here, thank YOU for bringing peace to your space.
lucky 2 b U