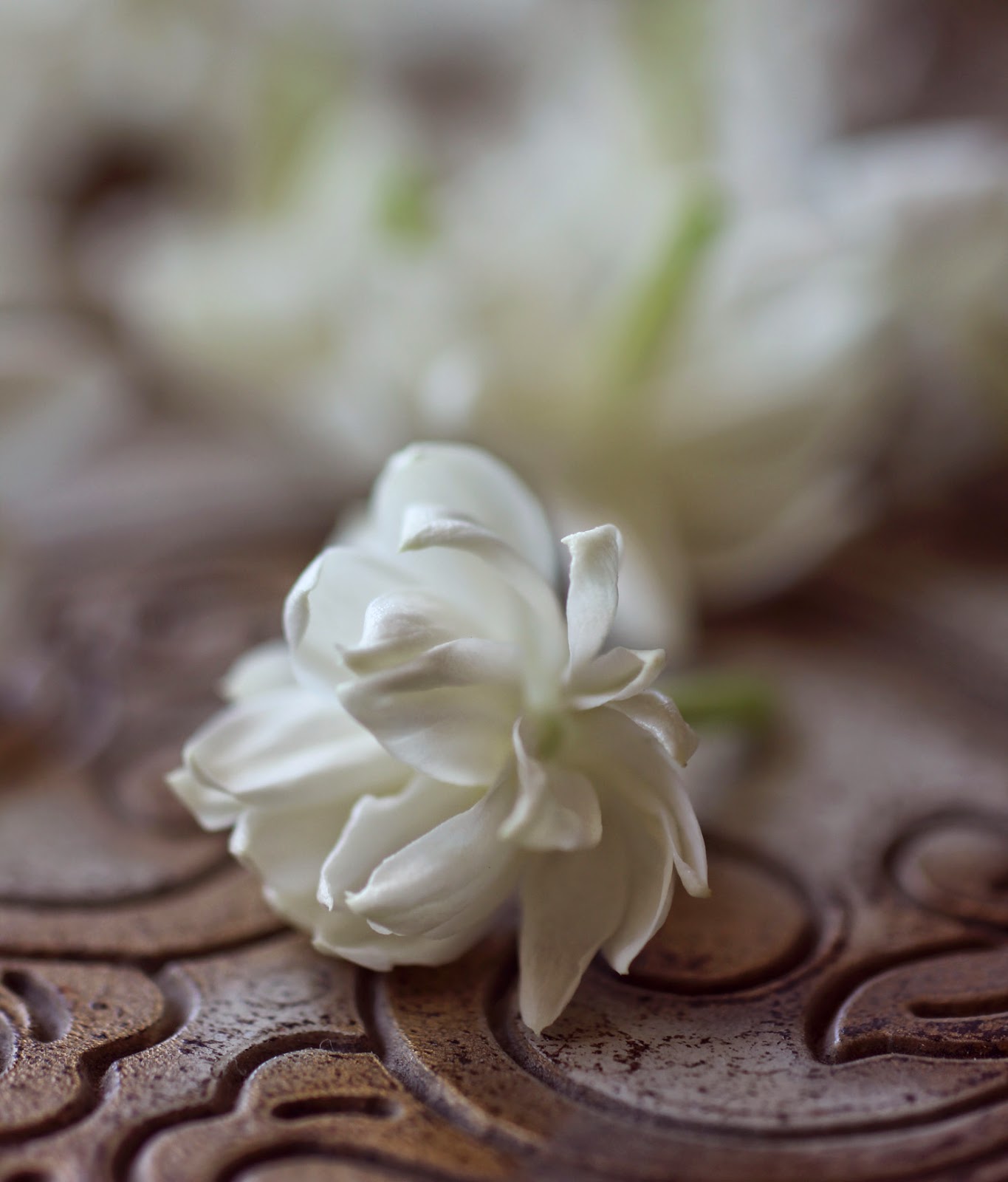 Fleurish, a play on the french word fleur for flower and flourish a design embellishment used in calligraphy, is a luxurious jasmine solifleur with abundant notes of the indolic heady white floral laced with honey.

The fragrance was initially one of the trials for Figure 8: Coeur de Jasmin, which some of you may have received as a sample last year. Fleurish is an extremely fresh and velvety floral with a duration of at least six hours with a intoxicating jasmine threaded through the top, middle and base of the fragrance. The formula not only contains three types of jasmines but also a bit of the Jasmine sambac tincture/infusion from my garden. A plethora of other sacred and precious ingredients such as a ten year vintage of Mysore sandalwood are intricately stitched like precious gem stones inlaid in a golden ring. As with all my perfumes this has been constructed using ONLY high end botanicals, absolutely no animal ingredients or isolates are included.

Fleurish is one of the items offered in the upcoming Fan Funding Event, and thus for a time being will only be available through that venue. It will be available for sniffing at the upcoming celebration of the new space on November 15th.

Posted by Illuminated Perfume at 9:46 AM