A Perfumed Bestiary, Letter A for Axolotl, Part 1 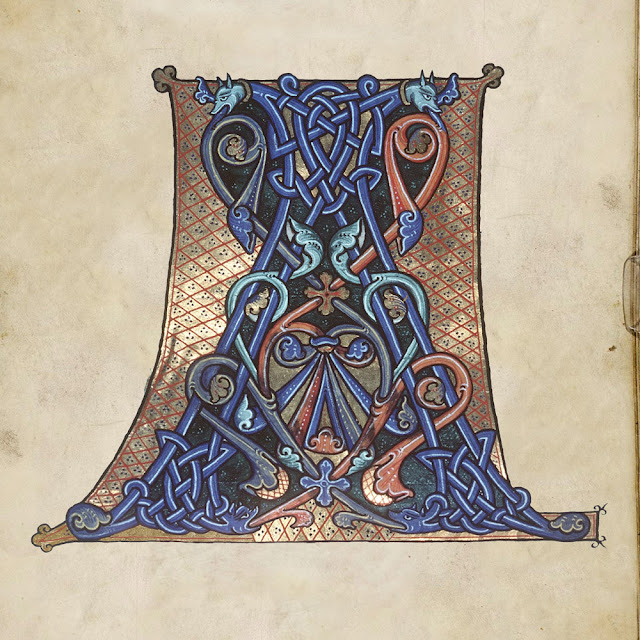 The Perfumed Bestiary series begins with a rather bizarre looking amphibian called an Axolotl (pronounced ACK-suh-LAH-tuhl) from the highland lakes of Mexico City. The lidless eyes and fuzzy external gills around its wide head give this beastie an anime quality. Also called a Mexican walking fish, Axolotls are members of the tiger salamander species, native to Lake Xochimilco. Our little salamander has been listed as critically endangered in their natural habitat due to the growing population in Mexico City, resulting in urban sprawl and pollution of the Lake. 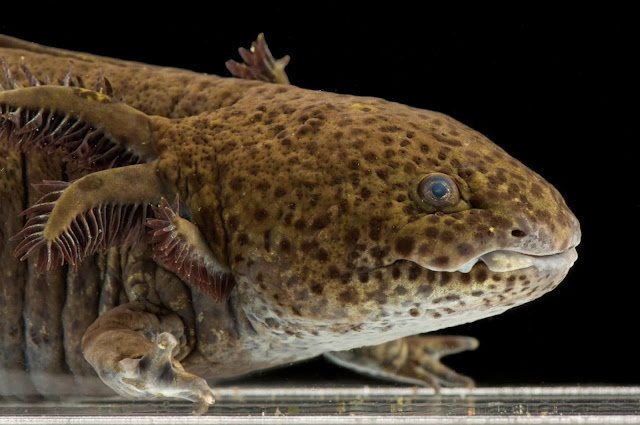 Axolotls (Ambystoma mexicanum) differ from other salamanders in that they live permanently in water. In the wild they are a mottled brown color, where as the captive specimens are albino, giving them that pop art look that I mentioned earlier in this post. No wonder they referred to as "ludicrous  fish" by the early European who first encountered them. 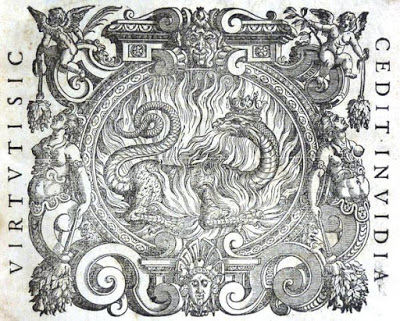 The mythical salamander from alchemical texts and illuminated manuscripts, such as The Ashmole  Bestiary, portrays the creature having a special relationship with fire and often illustrated in the middle of flames. Ancient writings cite the salamander as a product of fire who both consumes fire and is able to put out fire. This mythology stems from the the word "Sam andaran" translates as fire within in Persian. In our modern day where we can examine sources with more scrutiny it is easy to see that the ancients spun a story around the salamander that is more consistent with the lizard, a reptile, than the salamander. We humans love a good story, and sometimes forget to discern truth, becoming ignorant, confused or blindsided by the person telling the story. 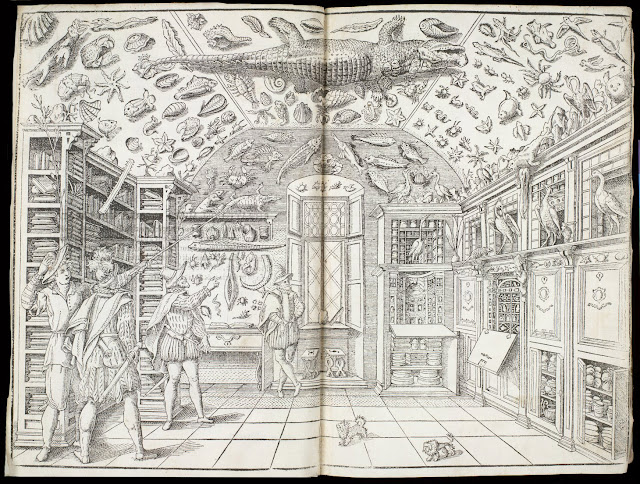 It's time we set the record straight on both mythical and endangered creatures. This project intends to do so by tuning each of us into one beastie per month. As we each become more aware of the other beings we share this planet then in our own small way we can contribute to a solution.

The Axolotl does contain one superpower, its ability to regenerate a limb or other body parts within a short period of time. So you see, although this months beastie has had some challenges in its natural habitat, its ability to heal has had humans studying it for years, resulting in fast numbers of them surviving well in large and small aquariums all over the world.

Learn more about Axolotls at Axolotl.org 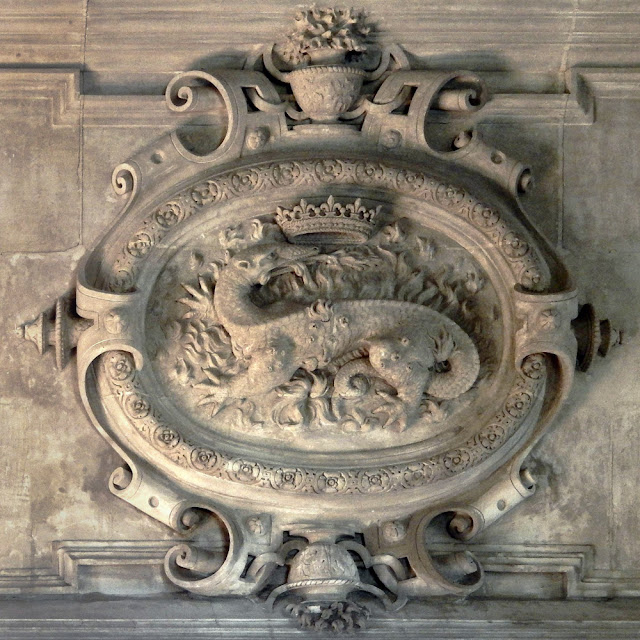 AXOLOTL as an ANIMAL TOTEM

The Axolotl is an elemental of fresh water, unlike other salamanders, they live permanently in water. Despite their being listed on the endangered list they are surviving not only in the wild with the help of humans but also in aquariums throughout the world. Thus the Axolotl teaches us to be survivors, he is telling us that change is inevitable and the ability to adapt and grow a new limb if necessary is a strength. Embrace change, keep going, renew and evolve.

Although the Axolotl contains both lungs and gills it is a water elemental. Water represents fluidity, the psyche, emotions, the feminine, shadows, dreams, intuition and the moon.

As above, so below, as within, so without. For the next month, journey inward with Axolotl, discover the areas that you need to rejuvenate, those that are ready to be let go and evolve your self into a more enlightened form, then go outside your comfort zone and face new territories, perhaps those that you have avoided in the past.

Crystals associated with attributes of the Axolotl
Read part two of this post here.

Credit to a few of the images:
Illuminated A, reconstructed by Roxana, An axolotl photographed at Detroit Zoo in Michigan by Joel Sartore, National Geographic Photo Ark Salamander (the device of Francis I), woodcut perhaps by Christopher Plantin, from Devises Heroïques by Claude Paradin, 1557 (Image from Glasgow University); Salamander, Emblem X from Musaeum Hermeticum, 1679 (Image from Wikimedia Commons.)

References:
The Book of Barely Imagined Beings, A 21st Century Bestiary by Caspar Henderson
Animal Totem by Susan Jolley
Posted by Illuminated Perfume at 1:06 AM

Roxana, I love that you're taking us on a year long journey through this fantastical yet earthly bestiary, and that if we choose we can allow it to work on us at different levels - how exciting! Leave it to you to make this more than receiving a lovingly crafted perfume each month, which would be awesome enough, but as with all your creations, this is more than that. Here's to Axolotl, letting go, journeying into "new territories", evolution and rejuvenation. So looking forward to that first arrival. Many thanks <3