A Perfumed Bestiary, Letter A for Axolotl, Part 2 The first fragrance in A Perfumed Bestiary series has been sent, those participants will have the first opportunity to order more of the limited edition before it is offered to subscribers of Illuminated News. 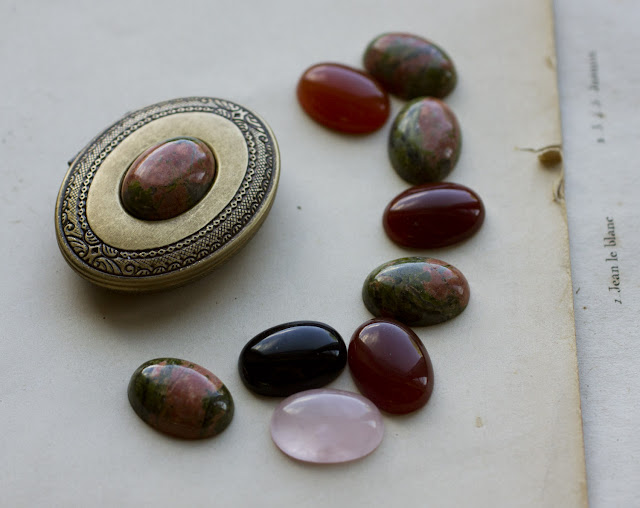 For those who signed up for the "compact" as part of their membership I used the version with the cabochon insert, offering a rose quart, black onyx or unakite stone, all of which were purchased locally here in Santa Fe, New Mexico. I've been assured that the stones are not synthetic, imitation or heated. Although, they did tell me that the native people, some of which are vendors on the Plaza along the edge of the Palace of the Governors, do and did bake their stones to alter their color.

When building the fragrance I had two things in mind, first the concept: which notes work best with this months beastie, the Axolotl and secondly, how those notes work together to produce the right scent. 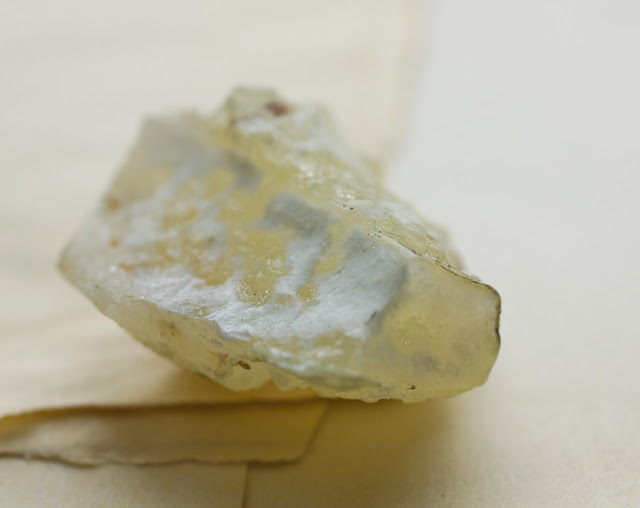 I'm choosing to align each beastie in the series with a specific plant, for the Axolotl I chose White Copal Resin, Copaifera officinalis, from Mexico. I was given a nice sized chunk of it as a gift from a new friend here in Santa Fe named Alberto, he had obtained it on a recent trip to Mexico. Auspiciously Greg and I burned a tiny piece during a meditation just as I was working on the fragrance.

White Copal has a bright, fruity scent, much lighter than other resins that are used as incense. As an essence for botanical perfume there is an oleoresin available that contains some of the brightness of the incense burning resin along with notes of wood and pepper. The inclusion of this material had me contemplating an incense/amber scent but with a "water" quality, turning me to the addition of Myrrh and Violet Leaf. I choose to include Cypress and Juniper as a story point for the Chinaimpas islands, located in the Axolotl's native habitat, but also knowing that it would harmonize well with the Copal. There are hints of spice, complimenting the wood and incense, as well as conceptually alluding to the salamander mistakenly being attributed to fire in the first illuminated bestiaries.

Although I can write about this all rather eloquently now, the process of achieving what I envisioned was actually quite a struggle because of the challenge with striking a balance between the scent of water with incense. I didn't want the fragrance to go too much in one direction, but instead master a synergy between incense, which is generally on the dry and smokey side, and liquid fluidity. Seaweed was out of the question since the Axolotl resides in freshwater, thus as I contemplated a list of about ten essences I associate with the scent of water Myrrh and Violet Leaf seemed to work best. I also rather liked that the pairing of many of these plant essences were producing a leathery quality.

As I work on the pairing of the aromatic notes, I am also considering how this all works conceptually with the Axolotl. So, although the Copal came onto the scene from an auspicious/intuitive place that worked perfectly with the Axolotl being from Mexico, most of the other essences were added by looking over chemistry and smelling notes on scent strips to get a sense of how they paired together.

In total, I used twenty seven essences to build the perfume, including some Dragon Blood resin from a trip to Ecuador back in 2009. Creating a perfume is a dance between the right and left hemisphere. I've found that for me, I constantly float in the the gap, standing weightless, on the invisible bridge between the intuitive and rational mind.

If you haven't already signed up for the next limited edition perfume, illuminating a beastie beginning with the letter B, you can do so here.

The next fragrance will be shipped in June 2019.
Posted by Illuminated Perfume at 6:18 PM

What an amazing process it is to create a scent from a story/concept. Roxana, thanks so much for sharing a little of your journey with this one. So looking forward to receiving it!