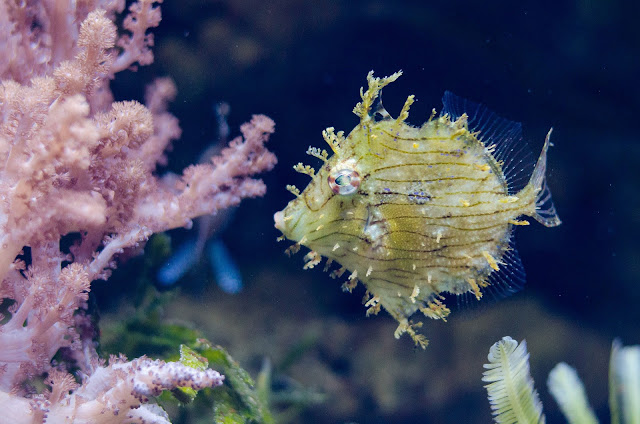 The full "Sturgeon" moon of August takes place Thursday, August 15th in the morning, thus Wednesday evening will be the best night to gaze upon its silvery splendor. The varying names of the moon come from the first peoples around the world and generally relate to an event taking place in the natural world, such as the catching of the sturgeons in the lakes or harvests like "Green Corn Moon", etc.

This August full moon is in the astrological sign of Aquarius. Each full moon carries a message, this one is about letting go what no longer serves and making room for those dreams and aspirations you've been carrying in your magical backpack.

During this full moon the yearly, natural phenomenon of coral reproduction takes place in the warm waters of the Atlantic Ocean, this broadcast spawning also occurs at the Great Barrier Reef during their summer. 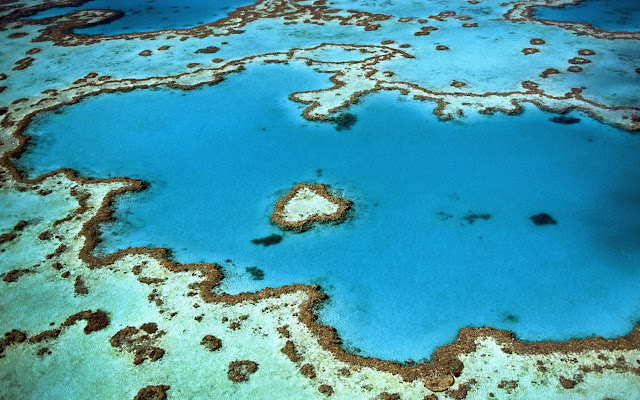 In constructing C for Coral the first ingredient I chose was seaweed absolute, which I crowned as the aromatic plant ally. Seaweed absolute is a thick mass which can be a little intense and overbearing in perfume, especially to portray coral, which has a romantic quality despite its mass.

Seaweed absolute is a middle to base note with excellent fixative qualities for anchoring a fragrance. The aromatics are deeply oceanic, with green, herbaceous woody undertones along with a very subtle floral note that is related to Jasmine. Since the exotic qualities of Jasmine evoke tropical waters as well as a romantic character that I associated with coral, it was the second essence I choose and paired with Seaweed. From there I selected some of the same"watery" notes that I used for A for Axolotl, such as Violet Leaf and Cypress. As I added the drops of Cypress I became conscious of Aphrodite and her connection to the sea as well as the ancient thread of fragrance relating to the island of Cyprus.


“Therefore, when laughter-loving Aphrodite saw [Anchises], she loved him, and terribly desire seized her in her heart. She went to Cyprus, to Paphos, where her precinct is and fragrant altar, and passed into her sweet-smelling temple. There she went in and put to the glittering doors, and there the Graces bathed her with heavenly oil such as blooms upon the bodies of the eternal gods—oil divinely sweet, which she had by her, filled with fragrance.”
—Homeric hymn, tr. H.G. Evelyn-White

Continuing the watery theme I choose to add Clary Sage and then brought in a dilution of Oakmoss since it pairs so nicely with Seaweed. For the structural aspect of Coral and to add another story point I reached for smokey Choya, a destructive distillation of seashells from India. 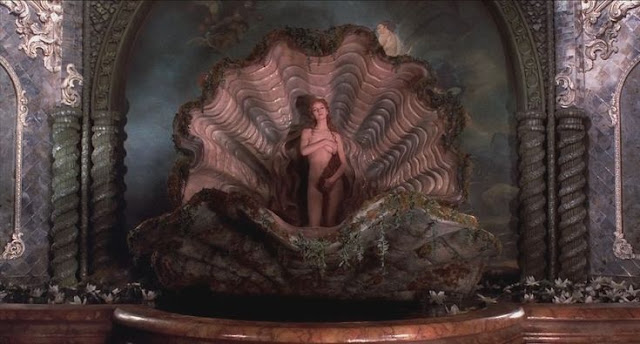 As with most perfume construction, the process is challenging, especially with the creation of a fragrance that will be bottled and sent out quickly, rather then melding for a few months in a dark space.

I went back and forth, like the ocean tides, with adding more floral as it seemed to disappear into the blend, but I was also concerned that over time the floral might decide to make itself more apparent and overtake the watery theme. In the end I had to just let it go and topped the fragrance off with some citrus, knowing that it would enhance the floral note which adding a bit of sparkle.

In total, there are ten essences in the perfume with the watery, salty marine notes quite prominent in the opening sequence followed by what one customer called "The dry down returned me to shore, a pastoral of floral hay." 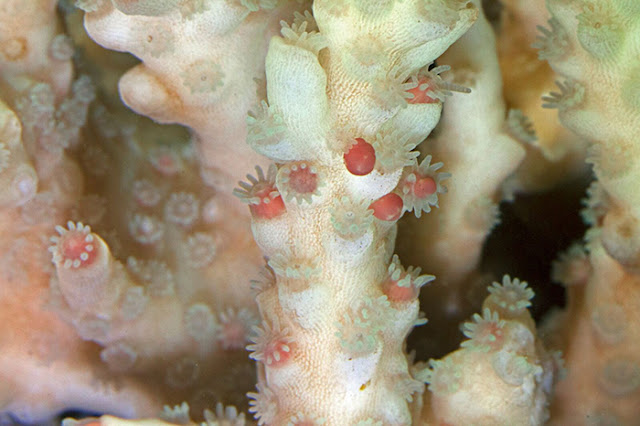 Every year when the oceans waters are warm in combination with the full moon corals mate and produce a spectacular primordial scene. Read more about this beautiful event where you can see some footage at the Australian Geographic site. As I make this post live the moon is cresting into fullness just as the Corals begin their mating ritual.

The next fragrance highlights a beastie that begins with the letter D and will ship in August 2019.

Thanks a lot for you sharing!Absolutely love it and i am expect more from you.