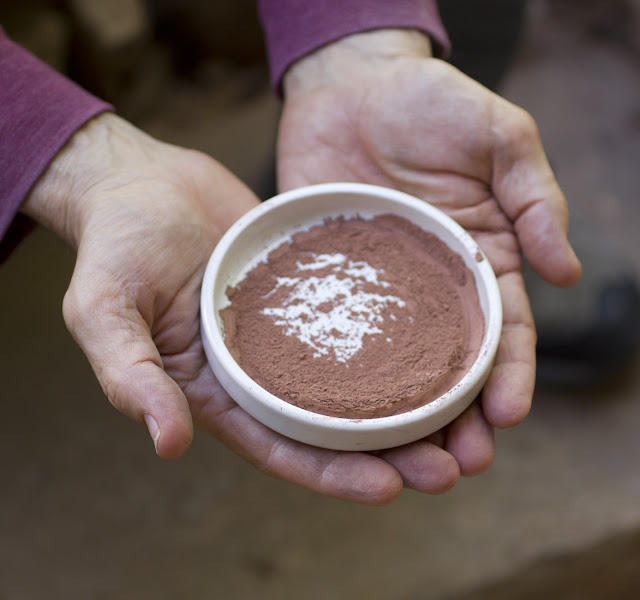 Before my friend and muse, Mona Lewis, arrived in Santa Fe for the Poetry of Scent & Color workshops, I had been foraging for dirt, rocks and plants to run some tests. The dirt and rocks were to be used for creating pigments and the plants for eco printing onto fabric, as shown below. 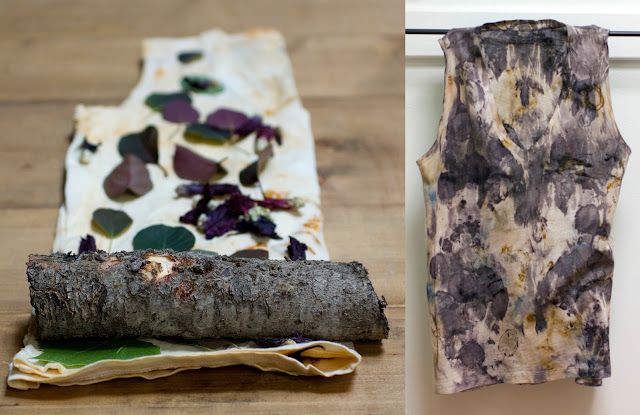 Heading out to find these materials heightened my connection to the land and enabled a new way of seeing, a heightened perception of the colored soils and plants that grow in and around my work and home environment. I started to see the subtle variations in the hues of the earth and detect whether the reds were warm or cool. 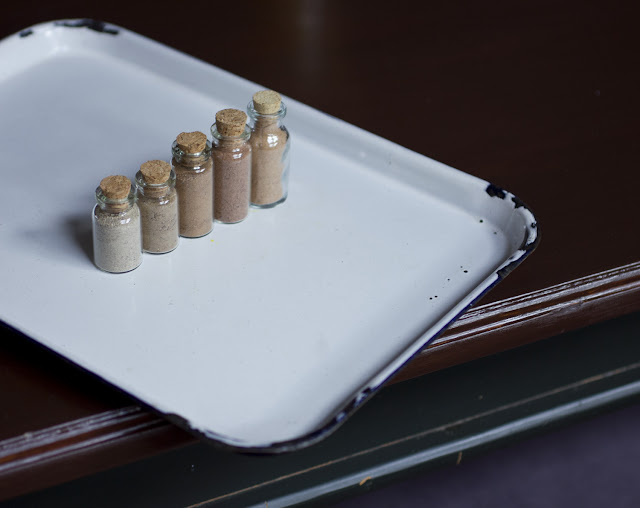 I also started driving more consciously so that observing the plants growing by the roadside and soil colors were easier to perceive. In the process I discovered and new way to connect with the land and the sense of this place. This is now become a new mindfulness practice which is resulting in much more awareness, its like my eyes have expanded their capacity, as if they were lungs inhaling triple the amount of oxygen than before. 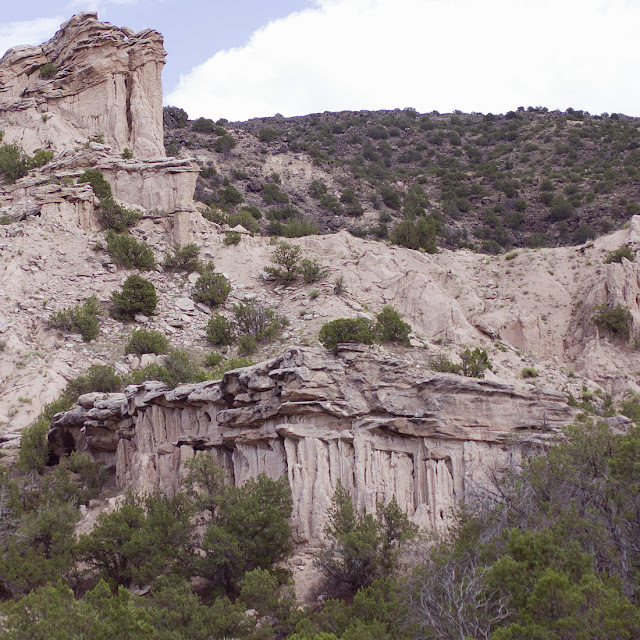 Although I have very little background in chemistry and none at all in geology, in the last few weeks I have noticed that at the core of the relationship between plants and minerals is that all matter is composed of chemicals.  Matter is defined as a mass that occupies space, for example plants, rocks, mountains, humans and animals. The chemicals that form matter are tiny particles which are invisible to our eyes. 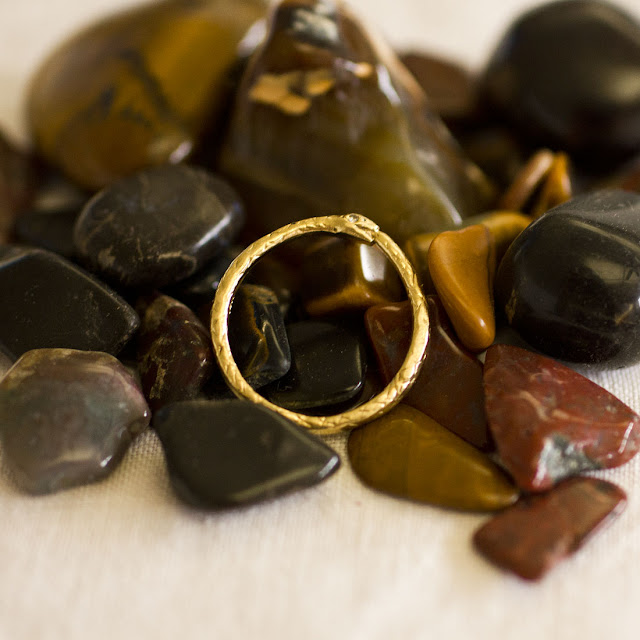 In alchemy we refer to matter as our "prima materia", the first matter, the ouroboros, where everything begins and ends. Ancient texts mention the symbol of the ouroboros appearing in Egypt circa1690 BC. The serpentine image later appears in Greece where we get the origins of the word “oura” meaning “tail” and “bόros” meaning “eating”.  In many alchemical texts the image depicts a serpent or dragon, or both, eating its own tail. The circular image reminds us of how nature is cyclical, the "eternal return” and primordial unity. 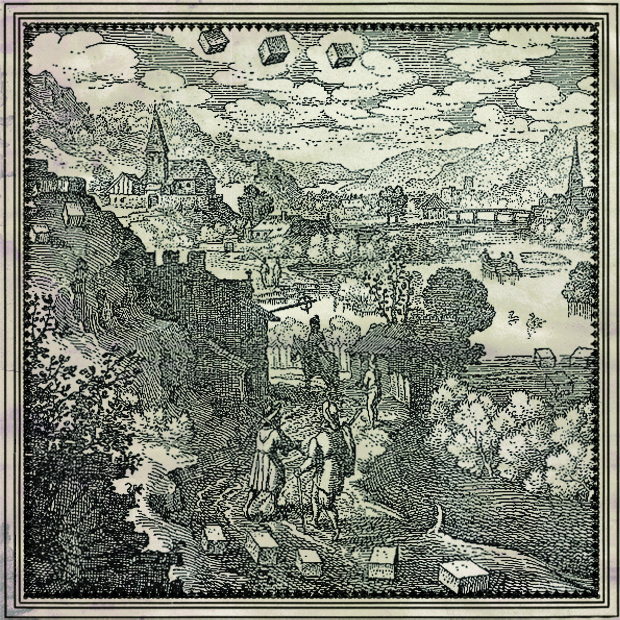 The alchemical illustration above depicts the omnipresence of philosophical matter, with the cubes representing the prima materia.

"The Stone that is Mercury, is cast upon the Earth, exalted on Mountains,
resides in the Air, and is nourished in the Waters."[1]


As a visual and aromatic artist I've come to realize that I strive toward illuminating this "omnipresence" whether it is through a painting, photograph or fragrance. 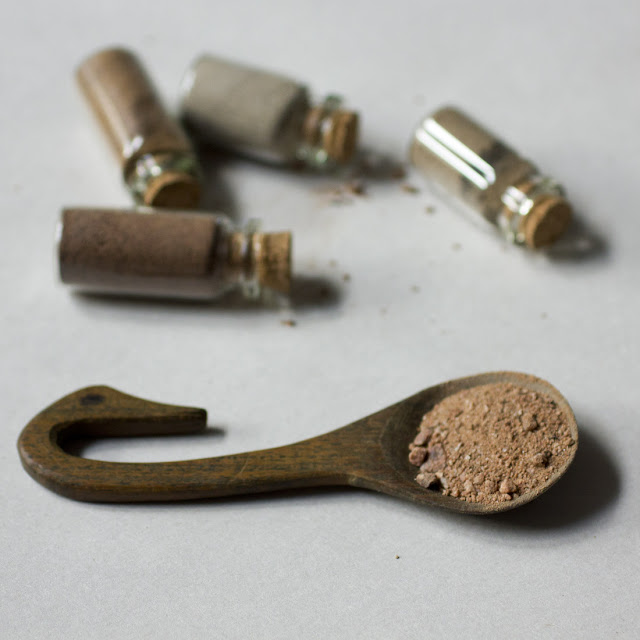 Creating eco-dyes and grinding down soil for pigments has become a deepening experience, not only as a way to bond with the land and plants but also with my self. I've started to become aware how the colors of the land here in New Mexico are as diverse as the skin pigments of those who dwell here, from the very fair northern Europeans to the darker pigments from Africa. Our skin tones are a reflection of Mother Earth and she a reflection of us.

"As Above So Below,

As Within So Without" 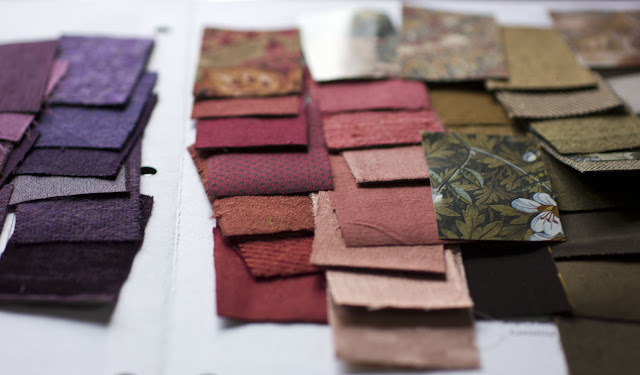 Jennifer Butler, the visionary stylist from Los Angeles, teaches that humans have specific tonalities to their skin, such as violet, pink, gold and peach. The main underlying color of my skin is violet, which is the foundation of the color palette my essence resonates with (see photo above), where as my daughter Eve has peach as her undertone. 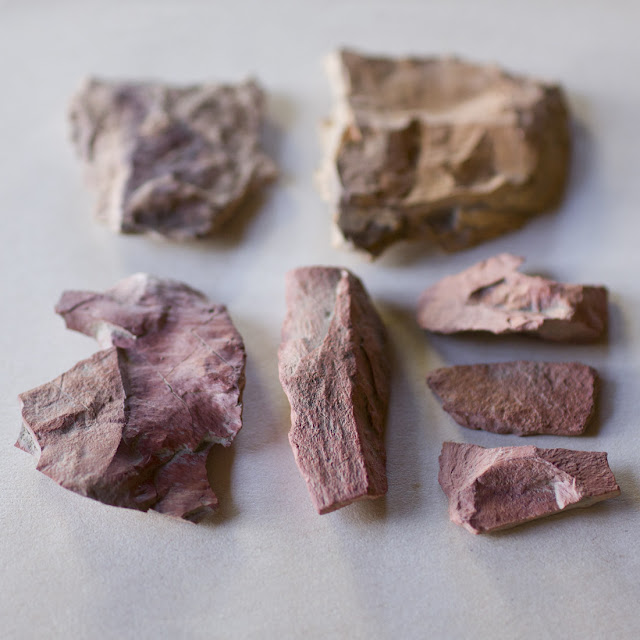 Learning how to hunt for rocks, soils and plants that will pigment for paint or imprint on clothe has been tremendously rewarding, opening new pathways of thinking. How this adventure will evolve and integrate with plant perfume is still unfolding as I continue to see and sense the subtle connections that unite scent and color while working continuing to work harmoniously with the Earth. 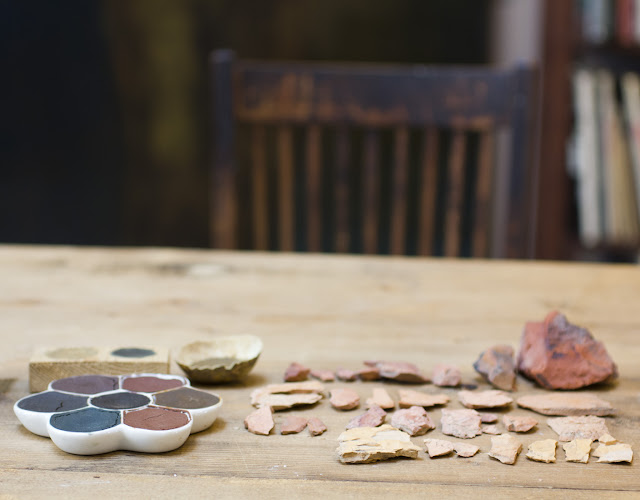