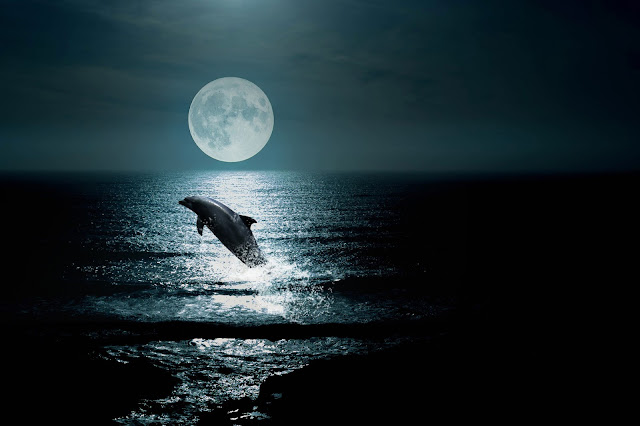 D for playful, intuitive and conscious Dolphin, an aquatic dweller with sonic hearing and many other attributes which humans have yet to fully understand. In general they prefer the warmer waters of the tropics, despite their thick layer of blubber. Dolphins communicate with each other through a series of parabolic sounds that to our human ears appear as clicks and whistles.


Dolphins face several of the same challenges as our other beasties, such as habitat loss and pollution. In Japan there is a horrific dolphin hunt where the mammals are driven into a cove to be massacred for their meat. Besides this massive yearly slaughter, they face threats from being unintentionally caught by fisherman.

As a child I watched the American television series titled Flipper, about a pet bottlenose dolphin, at a fictional Marine Preserve. The successful children’s series was loosely based on a book with the same title based on an ancient Greek legend.


“In calm weather and deep water just off a remote mid-ocean island we spent a good part of an afternoon in a dinghy watching a large pod put on an amazing show of jumps, somersaults, twists and other capers. Every now and then, one or two came right alongside us and gently splashed two young children leaning over the gunwales. The children would squeal with delight, and the dolphins would power away and then stop to look back at the hilarity they had caused.”

The children’s novel from the 1960’s, Island of the Blue Dolphins is based on the true story of a young Native American girl named Karana, who was left alone for 18 years on the Island of San Nicolas Island off the coast of California. The heroic and rather somber tale depicts how the young Nicoleño Native Californian survived before being discovered in 1853. 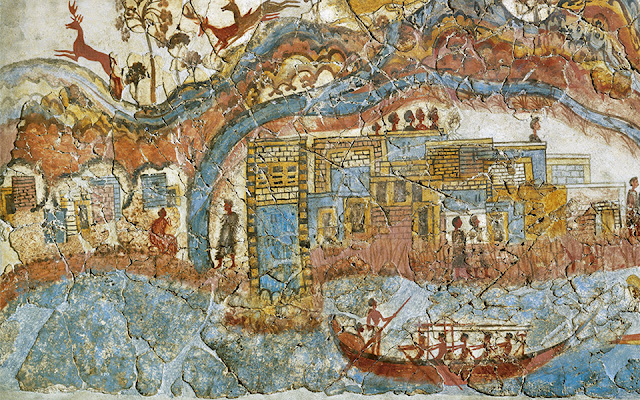 Greek myths are filled with stories of dolphins, such as the one of Odysseus’s son being saved by a dolphin, and perhaps even more relevant are several similar tales shared to me by friends in Hawaii who were either saved by dolphins or had potent mystical experiences with them.

Dolphins are gregarious, social creatures with a strong sense of community and family. Studies suggest that, like humans, they are sympathetic creatures. If we are to attribute only one super power to Dolphins it is their communication skills and their capacity to use of a highly sophisticated ‘echo-location’ when communicating and sensing their surroundings. 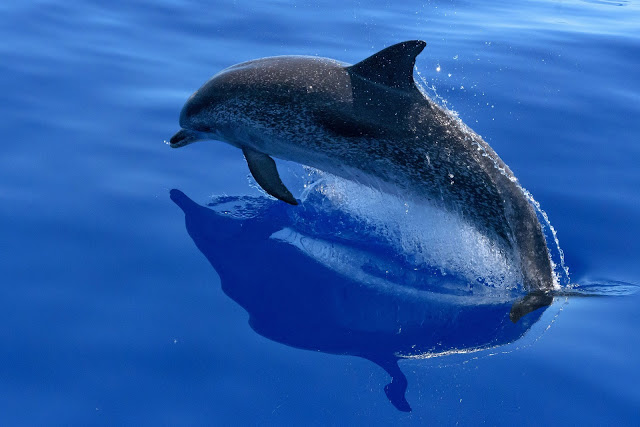 DOLPHIN as an ANIMAL TOTEM

Dolphin, like Coral, is an element of water, specifically salt water, salt being one of the three alchemical principals. Although Dolphins contain mass like the Bison & Coral, they also are very vocal and playful, which are associated with qualities of elemental air.

As we’ve learned with some of our other beasties who reside in the fluid realms, water element represents is associated with the dreamtime, feminine, emotions and intuition. The alchemical symbol for water is denoted as a downward pointing triangle and often associated with mercury. Within our physical body, the imprint finds its home in the belly, the place of emotion, desires and the ability to circulate. The archetype is the Feminine, the Mother and the Moon. The spirit medicine of Dolphin dwells the realm of the circular, in keen inner awareness and flowing in harmony. She also resides in the domain of elemental air, located at the throat, home of creativity, breath and new beginnings.

If we were to choose a geometric shape for Dolphin it would be the circle, relating to the form of a Dolphin, the rhythm of their breath and a strong sense of community. Dolphin moves swiftly within elemental water, with purpose and joy, they are dualistic in their capacity to jump from the realm of water to air. Dolphin teaches us to live within a circular, flowing field holding the force of strength in unity with grace. When we reside at the center, between two opposing forces, we find the strength of knowing. Breath your self into the rhythmic center, dance your power, sing your personal myth, re-member the playful qualities of the child: explore, create, play, be curious, marvel and laugh.

Crystals to help remind us of Dolphin's teachings are:

Continue reading about D for Dolphin here, in Part 2.

Images:
Flotilla fresco’ at Akrotiri on the island of Santorini, 1,500 BC
D for Dolphin - a collaborative image between Greg Spalenka & Roxana Villa

References:
Book of Barely Imagined Beings by Caspar Henderson
Animal Totem by Susan Jolley
Posted by Illuminated Perfume at 12:18 AM