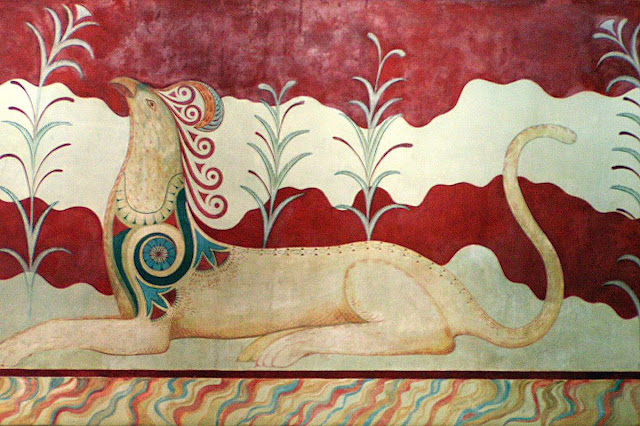 The letter G in the Perfumed Bestiary continues in the mythological realm, venturing once more into the realm of fantasy with the chimeric Gryphon.

I've chosen to use this spelling of Gryphon, despite that the most common is Griffin with others including Griffon. Creatures similar to our Gryphon are Hippogriffs, which you might remember from Harry Potter, and the Sphinx. The word Gryphon may stem from the Latin gryphus or the Greek grypos, both meaning curved.

A Gryphon is noted in texts to have devotional loyalty, strength, and keen protective instincts. Other archetypes associated with this powerful, majestic creature are protecting treasure, nests containing gold, and a divine guardian. There are also references to them being monogamous creatures, who mated for life and that one of their claws and feathers had medicinal properties.

The physical characteristics of the Gryphon tend to vary depending on different time periods and cultures. Animal themed artifacts from the nomadic Scyhtian culture of Central Asia, beginning in the 6th century BC. Ancient Iranian and Egyptian texts dating back 3300 BC contain references to creatures resembling a bird+mamal. Sumerian, Akkadian, Jewish, Phoenician, Crete and the Hindu mythologies also contain iconography pointing to variations on the hybrid, raptor theme.

According to the classical folklorist, Adrienne Mayor, the Gryphon may go as far back as the dinosaurs. He has proposed a theory that the ancient beast may have been influenced by fossilized remains of beaked dinosaurs. While others argue that the Gryphon is a composite of a variety of creatures such as the Assyrian Lamassu, a protective deity.

The most common traits combine the eagle (king of birds) with the lion (king of beasts) which is why the Gryphon is known as the most mighty of all creatures. The eagle head is often combined with the ears of a lion. In some imagery feathered wings spring from the shoulders of a the lion’s body.

The landscape where our loyal, fierce and noble beast resides is the deserts of the east, perhaps atop a mountain guarding gold, treasure or some other object of divinity. 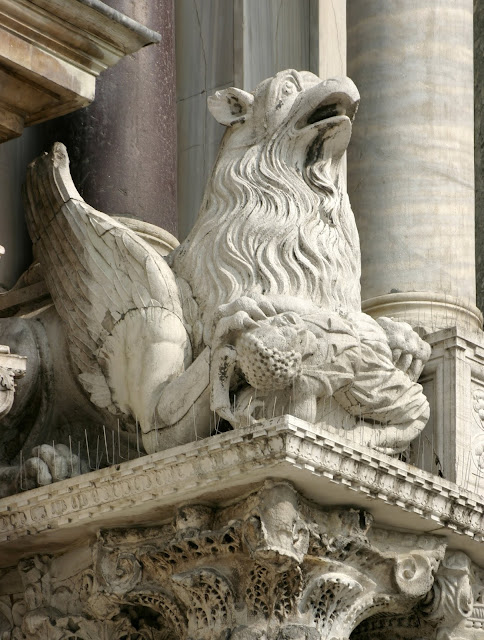 GRYPHON as an ANIMAL TOTEM

Themes of gold, loyalty and vast sun drenched point toward fire as one of the primary elements, but we also the duality of air for the eagle and earth for the lion. The Gryphon embodies nobility and courage, teaching us to live from a place of power, melding the dualistic realms of this reality to reach beyond this earthly plane and into the gold within.

The Gryphon, as a protector of treasure can also be viewed as a guardian of the gold within us and the path toward achieving spiritual enlightenment. The re-occurring image of the Sun, with associations to Apollo points to the crown chakra, symbolizing attributes of power, courage, leadership, and freedom.

Call of Gryphon to facilitate unification, spiritual guidance and achieving a higher purpose. The crystals I am associating with our strong and loyal beastie include: Desert Rose, Tigers Eye and Yellow Topaz.

Reference: Wikipedia
Images: Knossos fresco in throne palace and statue of a griffin on the Basilica di S. Marco
Posted by Illuminated Perfume at 12:53 AM