The Principal of Correspondence 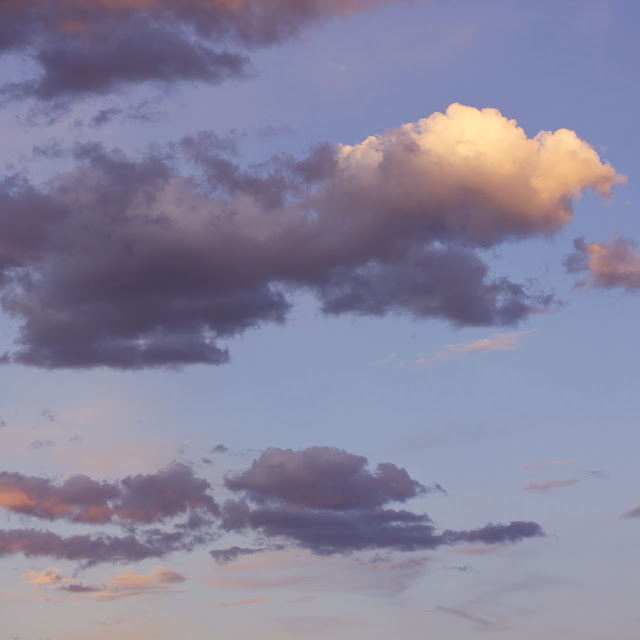 Yesterday, I left the perfumery a bit earlier than usual, arriving at the casita with enough time to fully experience and take some time breathing in the spectacular biome of Santa Fe at sunset. At first I was just standing in awe, looking out at the landscape and sky, then as the mind began to settle down, I closed my eyes and visualized roots streaming down from my feet into the red, rocky earth.

All of a sudden the wind kicked up, so I connected with the elemental and felt the clarifying, clearing vibes that the wind offers us. As I did so, I perceived the note of “petrichor” a rather earthy scent that rises from dry soil when the rain falls. Thus, I was reminded of nourishing elemental water which is so important here in the high desert. I opened my eyes, and in the distance, traveling quite quickly, fog and rain clouds were heading our way.

I then looked straight above me and noticed the last rays of the setting sun, elemental fire, were hitting the clouds as in the opening photo. Sun, as an example of elemental fire, creates life and relates to creativity, passion, the spark of life and intuition.

As I walked back to our casita, past the fragrant and gently swirling open of the daturas buzzing with the sounds of nectar hunting honey bees filled my being. It’s at that moment that I noticed how the colors of the sky, in that one sacred moment, mirrored the color of the datura flowers. 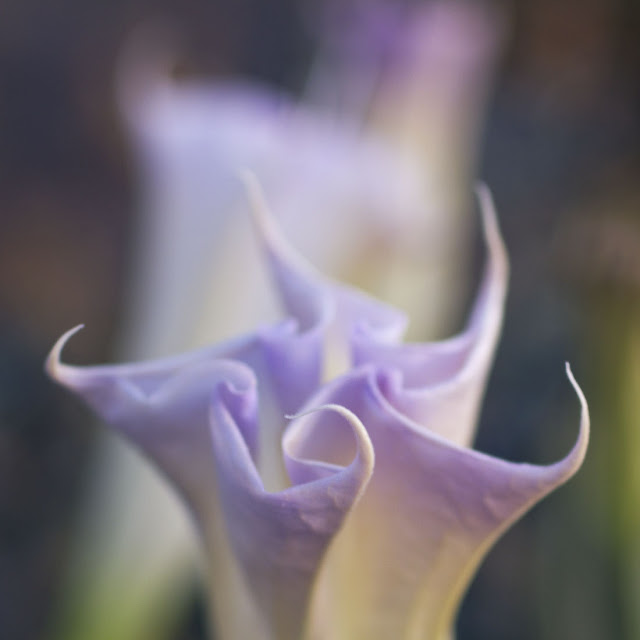 
Auspiciously, or rather "correspondently", I have been re-visiting The Kybalion by Three Initiates, "a study of basic hermetic teachings that outline an ageless wisdom. In ancient times (and even today) these teachings were not understood by the lay person, but were readily understood by students, after the axioms and principles had been explained and exemplified by the Hermetic Initiates and Masters to their Neophytes. The Kybalion was originally written in the early 1900's and is now in the public domain. A priceless gem!"1
Just before arriving back at our casita I had listened to a brief outline of the Seven Hermetic Principals, the second being The Principal of Correspondence which "embodies the truth that there is always a Correspondence between the laws and phenomena of the various planes of Being and Life. The old Hermetic axiom ran in these words: "As above, so below; as below, so above." And the grasping of this Principle gives one the means of solving many a dark paradox, and hidden secret of Nature. There are planes beyond our knowing, but when we apply the Principle of Correspondence to them we are able to understand much that would otherwise be unknowable to us. This Principle is of universal application and manifestation, on the various planes of the material, mental, and spiritual universe — it is an Universal Law. The ancient Hermetists considered this Principle as one of the most important mental instruments by which man was able to pry aside the obstacles which hid from view the Unknown. Its use even tore aside the Veil of Isis to the extent that a glimpse of the face of the goddess might be caught. Just as a knowledge of the Principles of Geometry enables man to measure distant suns and their movements, while seated in his observatory, so a knowledge of the Principle of Correspondence enables Man to reason intelligently from the Known to the Unknown. Studying the monad, he understands the archangel." 2
1. & 2. The Kybalion
Posted by Illuminated Perfume at 6:23 PM