A Perfumed Bestiary, Letter B for Bison/Buffalo, Part 2 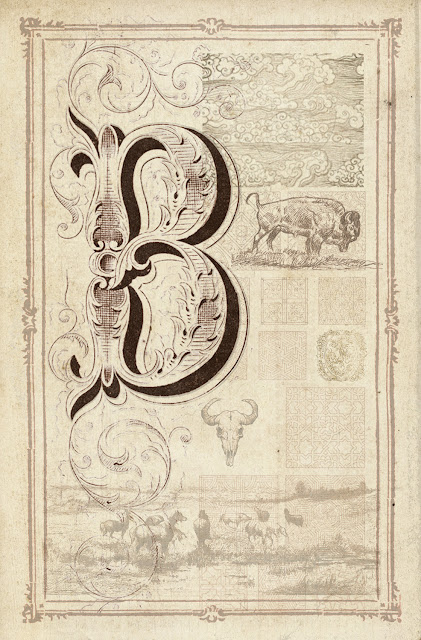 The second fragrance in A Perfumed Bestiary series was sent at the end of June to the subscribers. It is the intention to send out the perfume in the first half of the month, rather than the second, as occurred with the "B" fragrance.


I began B for Bison/Buffalo by researching the terrain where this wooly, prairie dweller forages, which includes both grasslands and conifer forests. This is what I jotted down when starting to ponder the fragrance:

Since my friend Meghan Walla-Murphy has spent quite a bit of time in Yellowstone where the Buffalo roam, and I absolutely adore collaborating with a kindred spirit, I reached out to her via email. Meghan confirmed a few of my percolating ideas from the list above.

"Love the concept of your new perfume. For the bison I would suggest Artemisia tridentata. Not sure what the common name is- but it grows in the SB back country and many places inland.... Also bison rub up against lots of conifer trees, so that could be a good scent, they partake in lots of dust baths, and they are grazers, so warm grass smells would work as well."


Following Meghans lead I choose the aromatic Artemisia tridentata, commonly known as sagebrush, basin or big sage to be the specific plant aligned for Bison. Although the bison most likely do not eat this plant they likely get covered with its aromatic molecules while roaming through it.

Like many of the beasties featured in this series, the sage brush ecosystem is threatened due to conditions brought on by humans such as urban expansion, "conversion to agricultural land, livestock grazing, invasive plant species, wildfires, and climate change."1

"The indigenous people of North America used several plants for ceremonial purposes that are often confused. The basis for the confusion is the common name Sage, which refers to a variety of unrelated plants:

Sage - Salvia sp. is in the Mint Family (Labiatae) with square stems, opposite leaves and two lipped flowers. If you have a Salvia, the leaves will be in pairs on the stem, generally with wide leaves that are entire (no teeth, lobes, serrations, or grooves along the edges of the leaf, just oval shaped). This genus includes garden sage for cooking and white sage (ceremonial) and black sage, purple sage, hummingbird sage, and innumerable others.

Sagebrush (sage) - shrubby Artemisia sp. is in the Sunflower family. They have woody stems and are bushes (shrubs) with often irregularly shaped leaves. These plants have also been used ceremonially. The flowers are small and yellow centered, includes silver sage.

Mugwort (Sagewort) herbaceous Artemisia sp. is related to the Sagebrush, only it is not a woody shrub, it is an herb (botanically speaking, not a tree or shrub). This is the plant used for dreams."2 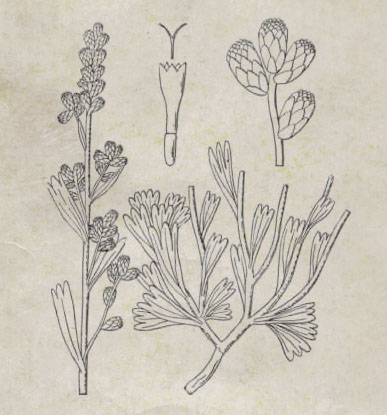 Basin sage which also goes by the name big sage is an evergreen with a strong pungent odor, it is an Artemisia, as noted above, not a Salvia. The Cahuilla tribe of California would gather the seed, and grind it to make flour.3


I decided to start sketch #1 with a beautiful Hay absolute I have from France to convey the scent of warm grass, to which I added Sage and Woods. After marinating the scent was in the gourmand family and not at all reminiscent of the warm grass of the dry land prairies. Thus, I began sketch #2 leaving out the Hay.

In total, there are twelve essences in the perfume including a variety of sages, leaves, woods (including a distillation of local Pinon) and resins. The aromatic profile has sweet woody notes with hints of dusty conifer and incense. 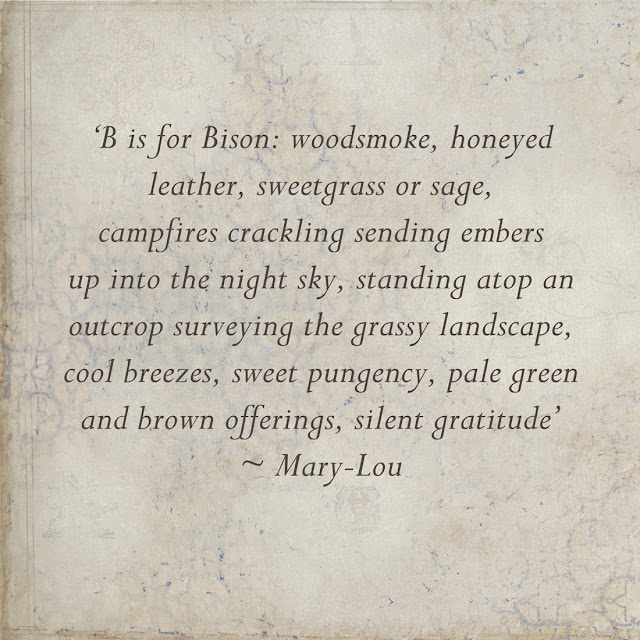 Once Doomed, America's Recovering Bison are Saving the US EcoSystem

If you haven't already signed up for the next limited edition perfume, illuminating a beastie beginning with the letter C, you can do so here ->

The next fragrance will be shipped at some pint this month, July 2019, and will be a liquid perfume in 190 proof alcohol along with a special tincture relating to our featured beastie.