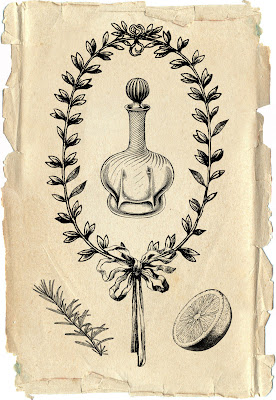 History on eau de Cologne is quite varied and difficult to pin down exactly where the word and formula came from. It appears the term eau de Cologne was coined by French soldiers stationed in the city of Köln, Germany. History tells us the first EDC was a toilet water developed by Jean-Paul Feminis and popularized by the Farina family. However the origins of toilet waters most likely began with Hildegard von Bingen in 1100. A visionary and herbalist, the Abbess of Bingen wrote several treaties on flora and fauna, created musical plays, and is credited as the originator of lavender water. Both “Carmelite water” and “Hungary water”, thought to have been developed by nuns and monks in Europe during the 1200’s, are the precursors to eau de Cologne.

A traditional eau de Cologne combines citrus with herb. A modern botanical rendition consists of citrus essences such as: Bergamot, Lemon, Orange, Petitgrain and Neroli with herbals Lavender, Rosemary and Thyme. Occasionally a resin, such as Benzoin of Siam, is added as a fixative. The original Carmelite water was comprised of the herbs Melissa and Angelica, where as Hungary water featured Rosemary. Both these formulas were considered cure alls for a variety of ailments deemed miracle waters, Aqua Mirabillis. Later they became much more complex and eventually morphed into the classic we know as eau de Cologne with a refreshing melding of citrus with herb. The traditional eau de Cologne is not meant as a perfume but as a fresh spritzer for the mental and physical body. 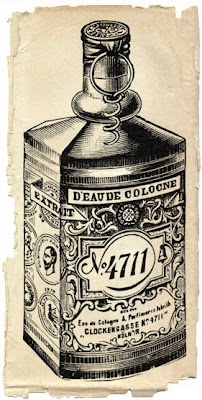 The famous fragrance 4711, is a descendant of the original Farina family eau de Cologne, (German: Kölnisch Wasser). A copy of the Farina version was created by Wilhelm Muhlens and later established as 4711 by the grandson Ferdinand Mulhens. The number 4711, pronounced forty seven eleven, is a street address in Germany. The popular brand has passed many hands over the years and is now in possession of the Farina family.

4711 was one of my standard fragrances before I discovered essential oils. A simple eau de Cologne is easy to make and provides a lovely refreshing quality as we move into the warmer months. Below is a basic formula. I encourage you to experiment with different essences and the proportion of citrus to herb. I’ve seen one formula that utilizes spearmint as the herbal component and lemongrass as the citrus. If you choose to use lemongrass keep in mind that it has a very strong odor and should be used in small increments. Lemongrass is one of those genie in the bottles whose scent can multiply over time. Utilizing aromatherapy knowledge a calming synergy would include Lavender and perhaps a touch of Chamomile with Bergamot and Mandarin. A stimulating synergy might include Rosemary, Basil and or Peppermint in combination with Lemon and Lemon Verbena. The possibilities are endless, follow you nose. 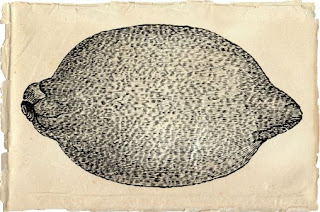 Images are old engravings which I have scanned, cleaned up and placed on parchment paper utilizing Photoshop, each is ©Roxana Villa.

Posted by Illuminated Perfume at 8:00 AM

Lovely Presentaion and Write Up :) I really liked it.