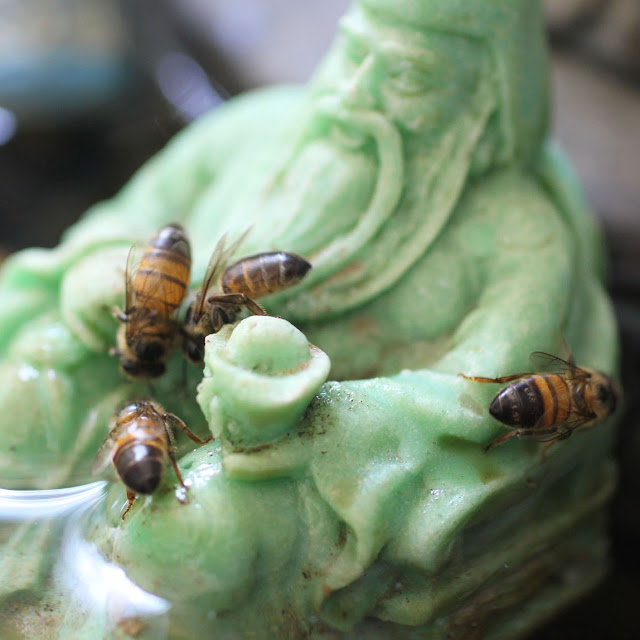 Happy World Bee Day!! In May 2010 a swarm of honey bees decided to build their new home in the compost bin of our California home. This felt quite auspicious because:

The gift of this swarm of winged alchemists, my code word for the honey bees, felt so very auspicious, as if I had been given a nod by the divine that the path I was intending to journey was correct. Since I had found my bee guru, Kirk Anderson in August, with the intention to eventually start a hive, the arrival of this little group of very sweet, friendly honey bees was a joyful surprise.
I contacted John Lyons, one of the expert bee mentors in the bee club, who came to help us transfer the bees from the compost bin to a temporary nuc box. Read and see pictures of that event following this link or follow the jump below titled Bee Happy. Regrettably that swarm choose to depart, but left me a bit of beautiful white beeswax. 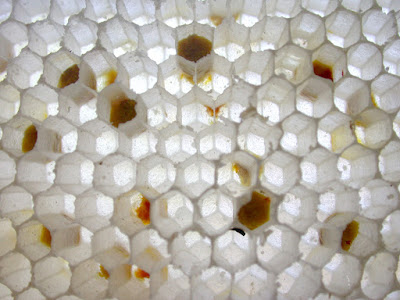 Meanwhile one of the fellow members of the group said I could have her "bird house" bees if I came to get them. Thus, those bees were relocated and took over thee periwinkle bee hive box we had set up for the original swarm. Meanwhile, Greg, Eve and I quickly began learning the art of beekeeping. 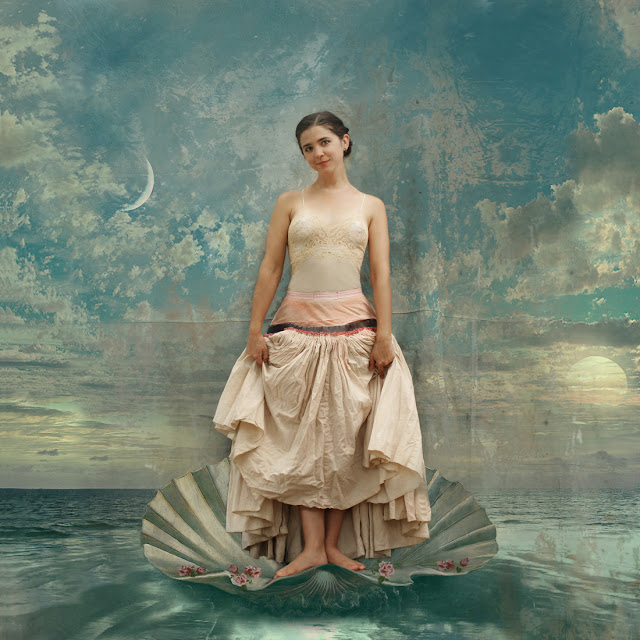 The book The Secret Teachings of All Ages by Manly P. Hall states "The bee is sacred to the goddess Venus and, according to mystics, it is one of several life forms of life which came to earth from the planet Venus millions of years ago."1 The Greek Goddess of beauty Aphrodite is also associated with the planet Venus which governs Friday. 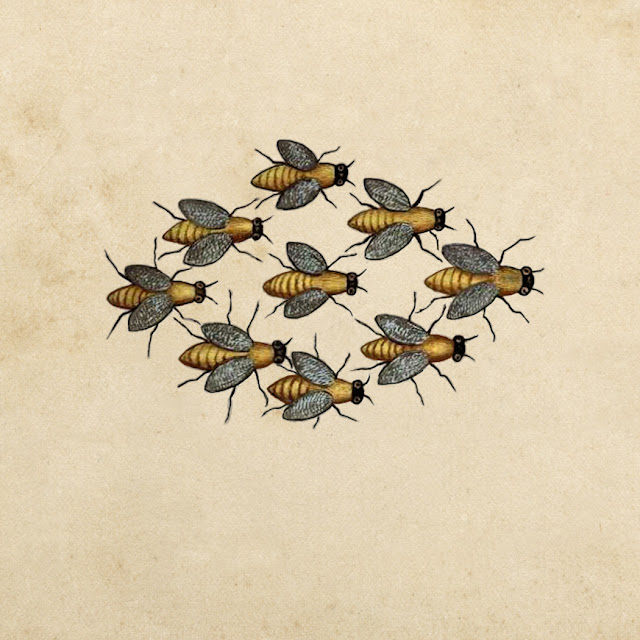 Here is a list of posts exploring the honey bee related topics, mostly at the journal